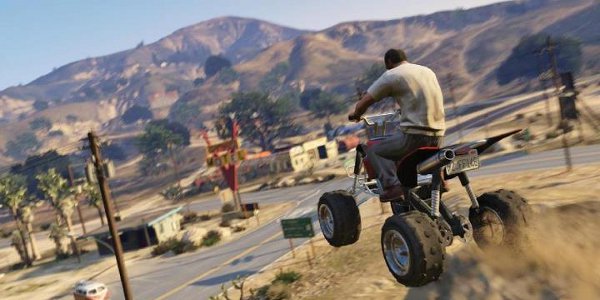 As we all know, Grand Theft Auto V has already seen major success. Since launching, GTA V has continued to grow rapidlyÂ in popularity and in sales and it shows no sign of slowing down in the near future. However, it has now been confirmed that Grand Theft Auto V is now holding seven Guinness World Records. That’s right, SEVEN!

Although GTA V has only been out for under a month, it now holds the following Guinness World Record titles:

– Highest revenue generated by an entertainment product in 24 hours

– Most viewed trailer for an action-adventure video game

Grand Theft Auto V has also had many other prestigiousÂ titles, such as theÂ UK’s fastest-selling game of all time, while it has also overtaken The Last of Us to become the PS3’s best-selling digital title. For some reason I doubt the success will stop anytime soon, especially with rumours of PC, Xbox One and PlayStation 4 versions of the game in the mix.

Former Staff Writer Mark is an Irish student passionate about games. He enjoys playing sports such as soccer and rugby, but loves playing video games at any time possible. Mark plays mostly on the Xbox 360, but also plays on the PC from time to time. He is a multiplayer manic and also loves to delve into deep storylines within RPGs.
You might also like
Grand Theft Auto VRockstar