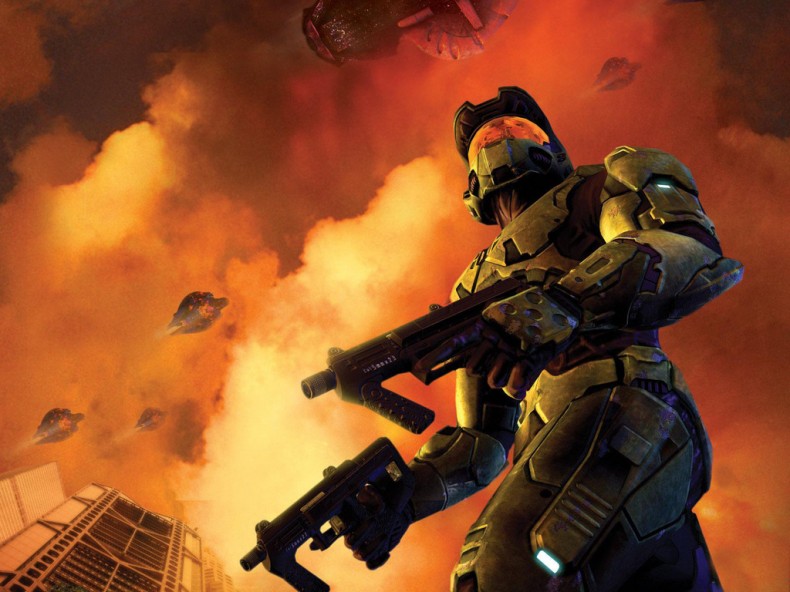 NeoGAF has been the hotspot for Microsoft leaks as of late. With a plethora of leaks by ntkrnl, cboat and others of upcoming MS games, the gaming world has been abuzz with the information. Talks of Halo 2 Anniversary Edition coming out this November (included with a beta of Halo 5, which points to Halo 5 having a 2015 release), Crackdown 3 in the works, Quantum Break coming out in the waning months of 2014, and much more has been dispersed out to the gaming world.

Why so much information so quickly? And all within a window of a few days? It all does sound a little fishy, and I wouldnâ€™t be surprised if MS was doing a little damage control via their leak â€œplantsâ€ (especially after the Machinima advertising debacle) with overabundance of negative Xbox One stories as of late.

Still, the leaks released so far have energized the Xbox One fanbase into foam-mouthed frenzy (including the Left 4 Dead 3/Source 2.0 leak); people are taking more of an interest in what the Xbox One has to offer, especially with all of the upcoming titles this year and the next.

Check out the collection of leaks that GAF user shinobi602 has collected together for our convenience.

â€œA bunch. I’m gonna take it a little easy because I’m sure someone is, or will be pounding their fist into a mahogany desk overlooking the Redmond campus.

What has me excited right now is the revisiting of Halo. So later this year we’re gonna get Halo 2 Anniversary edition WITH ALL SORTS OF SHIT. On Xbox One. November 11th!â€ â€“ ntkrnl
â€œHalo 2 Anniversary Edition – Halo 5 beta access
Halo real time show… think Forward Unto Dawn (not the Spielberg stuff)
Someone told me there was going to be an alternative fucking ending. <-- I have zero info as to whether this is legitimate or notâ€ â€“ ntkrnl â€œIf you're joining the thread then this Bish-verified insider ntkrnl has been UNLEASING THE BOMBS. Here's all the stuff so far he's said in this thread: â€¢ Forza Horizon: "Fall 2014, probably September. Super sexy weather system and... shit tons of co-op/social stuff. 1080P and open-world, so you can road trip with your bros." â€¢ White Xbone incoming. â€¢ Why all the leaks? Scared you might get caught? "I am incapable of fear. Plus, this is such exciting stuff, and me talking about it ahead of time isn't going to hurt anything, truthfully. We're all chomping at the bit for it to come out. This is not bad. " â€¢ Halo Anniversary 2 will be 1080p, iffy on the 60fps, maybe not. â€¢ Quantum Break is Holiday 2014 â€¢ Multiplayer confirmed for HA2, same devs as Halo Anniversary. â€¢ Sunset Overdrive is Fall 2014 â€¢ Is not Phil Spencer â€¢ Black Tusk cancelled project was called "Shangheist." May have involved stealing stuff from the Chinese (though I think that may have been a reference to the name and maybe not the gameplay? Not sure...) â€¢ Fable Legends is Summer 2015 â€¢ Halo 2 Anniversary includes beta for Halo 5 â€¢ Gears of War will probably need a 2.5 year dev time. â€¢ First Titanfall DLC is 45 days from release, then another one 120 days from release. â€¢ No Crackdown 3 news this year most likely, since it's a 2016 title. â€¢ A list w/dates of the rest of the Tier 2 and Tier 3 countries that Xbone will release in this year. â€¢ No info/idea on what Rare's up to, sadly. â€¢ $399 XB1 this year? "Maybe one without an Optical Disc Drive." I'm heading out so people update this list accordingly...â€ â€“ chubigans

â€œWhite Console plus Sunset Overdrive and a fancy ass controller in October.

Also a limited edition 1TB box after that in November.
No Fable Anniversary for X1.
That is the plan.

Let me reiterate some of the Halo stuff, as there is some confusion and I didn’t lay all the cards down.

Collectors Edition with the Beta access, the Halo series (not the Blomkamp one)

Everyone drinks this f****** drink, Overcharge XT or whatever and you either turn into one of these giganto monsters or you die.

This big corp (Microsoft, lol) takes control of the city trying to wipe this shit out, because its their drink and they f***** up.

Supposedly there is managed content that will be developed for an entire year, as it is an open/breathable world.â€ â€“ ntkrnl

Founder/Consultant Growing up in different countries, Karam has a unique global perspective about gaming. He brings with him that set of eyes and ears that can look at the state of gaming from afar. His gaming loves cover just about every genre, and he is a constant presence on Xbox Live and PSN. Karam is a Systems Administrator by day and lives in Georgia with his wife and three children. By night he transforms into Aye Karamba (Live) or Aaqiloon (PSN), and his virtual aliases live online.
You might also like
black tuskcrackdown 3DLC