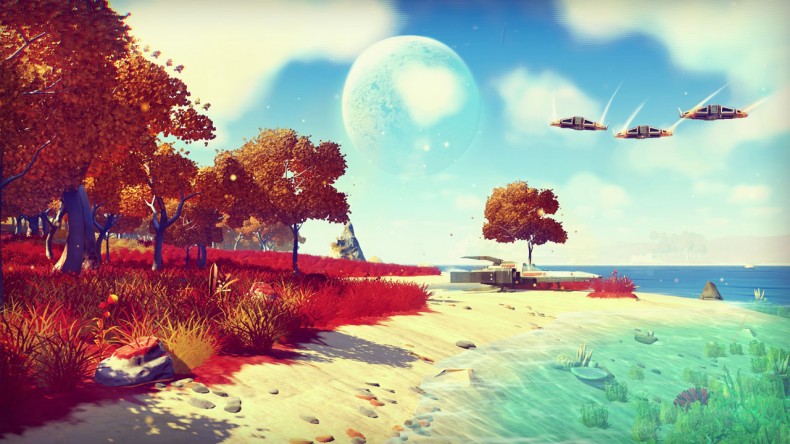 So, VGX. I think I speak for what seems like half of Reddit already when I say that Hello Games and Telltale games both stole the show from both Tom Clancy’s: The Division and Titanfall.

Hello Games came in with their surprise announcement of “No Man’s Sky” – a procedurally generated (inter?)galactic exploration game, which looks beautiful for a start, but also incredibly large. “Sean Murray” himself explained that if there’s, say a mountain in the distance, maybe 3 miles away. Yeah you can walk to that. What’s that? A planet in the distance? OK, hop in your ship and GO THERE!Â All done by a four man team. These guys have their work cut out.

Amongst all that excitement was of course Telltale’s rumored collaboration with HBO to bring a Game of Thrones Series to the market was confirmed! Some are worried that this might “stretch their talent” for storytelling, but I say they can’t do any worse than what we have already.

I for one am one very happy gamer, still hurting from the Fallout 4 troll, but I’ll get over it with a lot of No Man’s Sky news.

Former Staff Writer Fraser enjoys long walks on the beach, and doesn't like rude people. He also plays a ludicrous amount of games on both PC and PS3 and is Studying Computer Games Development at college in Scotland, U.K., and of course games journalisming with these fine fellows you see above and below. His wallet fell seriously ill in 2009 of a Steam Sale and has never recovered since, leading to many, many games. He has high hopes that he can suitably inform and entertain many of you fine people, and play a part to make SpawnFirst-a great website, even better. As ever, feel free to add his steam account.
You might also like
Game of ThronesNo Man's Skytelltale