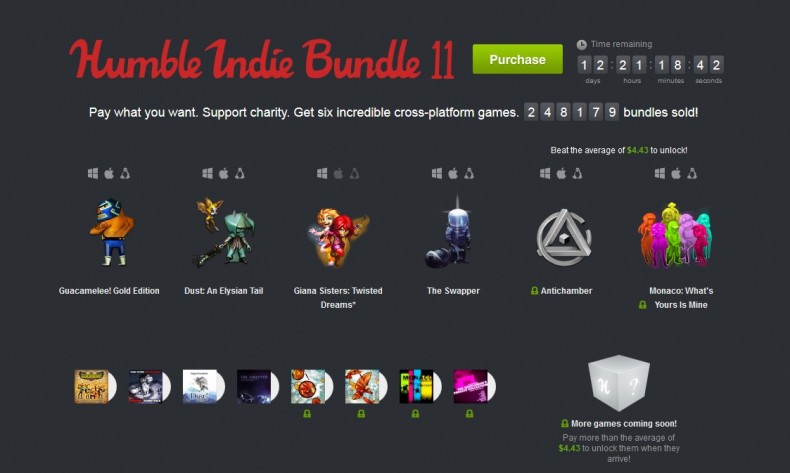 Pay more than the average for:

All nine games in this bundle are available on Steam and as DRM-free downloads for Windows, Mac and Linux. Soundtracks are also available to bundle purchasers.

Editor-in-Chief Zac is a Communication/Journalism major at Shippensburg University and the man in charge of SpawnFirst. He is a lover of all games and platforms, but loves to grind through a good ol' RPG.
You might also like
humble indie bundle