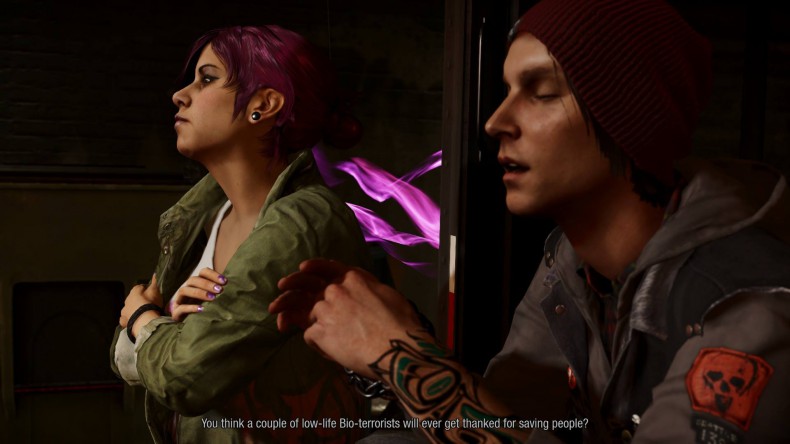 Called First Light, the DLC seems to be a prequel story, focusing on the games neon-powered heroine, Fetch Walker. The opening of the game’s trailer shows Fetch being held captive in a Bio-Terrorist facility with Second Son‘s antagonist, Brooke Augustine, talking to her off camera.

The DLC is due this August. Check out the trailer below.

Hi! I'm Tony. I'm 26 years years old and Currently living in Fayetteville, North Carolina. I've been a gamer for the Majority of my existence, stretching as far back as the SNES days. I currently own a PS3 and a PS4, but am open to anything and everything. literally, I'll pick up a controller and play anything once. I'm also pretty much the biggest and most well rounded nerd you'll ever encounter, with a love for sci-fi/fantasy/comic book everything. I also, love music, literature, and art. I guess you could call me creative! When I'm not indulging myself in any of the above things, I'm a freelance photographer, focused mainly on concerts and events and big events around NC, and a writer who writes about the people involved in said events. I'm also about to be writing a bit for gamereviews.com so yeah, hit me up if you want to know more!
You might also like
DLCFIrst LightInfamous