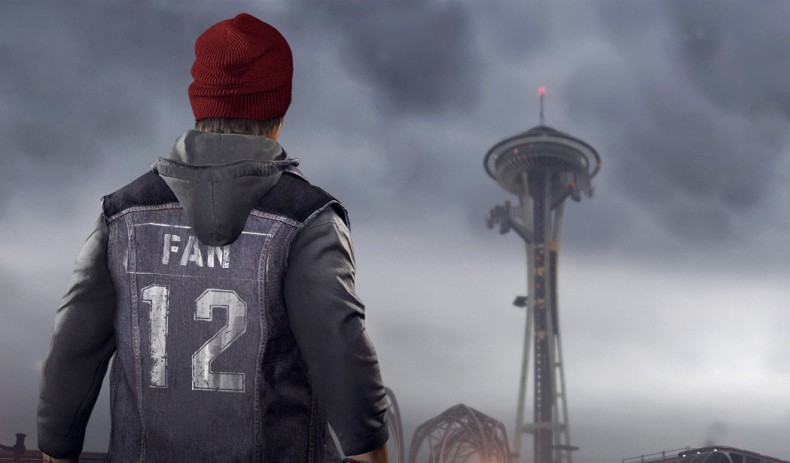 As we all know, the protagonist of Infamous: Second Son, Delsin Rowe, lives and breaths in the city of Seattle, Washington. Even though he has powers and abilities that most of us would die for, he still does on occasion lead a somewhat normal life. Amidst all the monsters, the authorities breathing down his neck, and evil entities turning his life into a living hell, yes, even he has time for the most American of pastimes like a Hungry Man T.V. dinner on lazy Sundays, building anticipation for the new season of Game of Thrones, and most importantly, football. 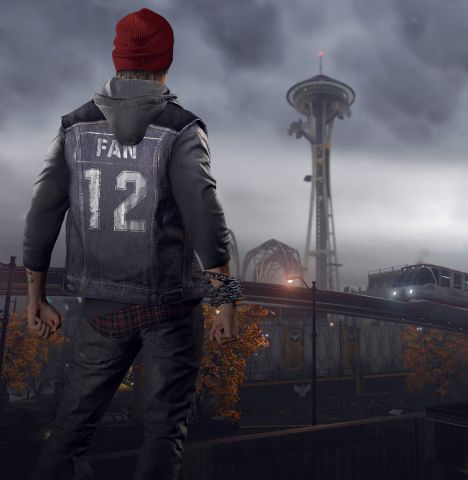 Just like any other resident of Seattle who loves the Seahawks (outside of the those two cricket aficionados*groan* ), he loves to support his local NFL team. Sucker Punch recently revealed an in-game shot (above) of Delsin wearing a jacket vest with the number “12” on the back. Usually in football terms, the number 12 usually stands for the 12th person on a football team, and seeing as there are only 11 players on a team, the 12th spot is designated to the fans of the team (therefore the “12th” member). Who would’ve known…Rowe’s gotta thing for football. So the next time you’re sitting at CenturyLink Stadium and you see a flash of neon fireworks streaking across the field…you’ll know who did it.
News, PS4
12th ManCenturyLink StadiumDelsin RoweInfamousSeattleSecond SonSucker PunchWashington

Founder/Consultant Growing up in different countries, Karam has a unique global perspective about gaming. He brings with him that set of eyes and ears that can look at the state of gaming from afar. His gaming loves cover just about every genre, and he is a constant presence on Xbox Live and PSN. Karam is a Systems Administrator by day and lives in Georgia with his wife and three children. By night he transforms into Aye Karamba (Live) or Aaqiloon (PSN), and his virtual aliases live online.
You might also like
Delsin RoweInfamousSecond Son