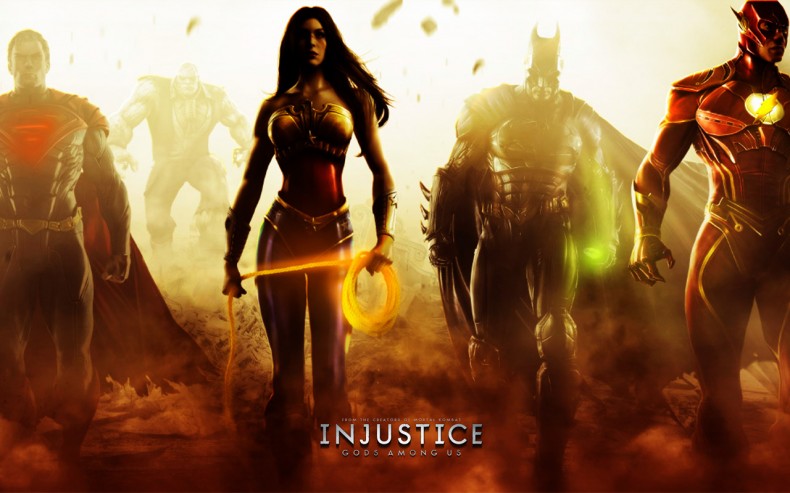 The Injustice: Gods Among Us Ultimate Edition has been announced today by Warner Bros. Interactive Entertaining and DC Entertainment. The game features all of the DLC to date alongside all of the game’s original content. Valued in total over $120, the game will retail for $59.99 on PlayStation 4, PlayStation 3, and Xbox 360, $49.99 for Windows PC, and $39.99 for PlayStation Vita on November 12 in the Americas and all other territories on November 29.

DLC included in the Ultimate Edition includeÂ Lobo, Batgirl, General Zod, Martian Manhunter, Zatanna, as well as Mortal Kombat characterÂ Scorpion. In addition to the character DLC, the game also includesÂ more than 40 extra character skins and 60 S.T.A.R. Labs Missions, originally offered as DLC, are now available from the start of the game. The American version of the game will also contain the game’s soundtrack, an exclusive track from Jane’s Addiction titled “Another Soulmate”, and 11 other tracks from multiple artists, two of which include Depeche Mode and AWOLNATION.

The PlayStation 4 edition of the game contains exclusive features including Touchpad functionality, video sharing and streaming, andÂ will link to playersâ€™ PlayStation Network Feed page during match wrap-ups and pause menus. The PlayStation 4 and PC next-gen remastered versions of the game were made possible by High Voltage.

The PlayStation Vita version of the game also includes Touchpad functionality for mini-games via the story mode and S.T.A.R.S. Labs Missions, Ad-hoc and Wi-Fi multiplayer, collectible hero cards, and all currently released DLC for the game.

While no official announcement for the release of the Ultimate Edition has been made for Xbox One and Wii U, a Brazilian classification board has rated them so we can expect to see a release on these platforms as well.

Former Editor-in-Chief Angie has a passion for gaming. She has never been able to put the controller down since first picking up an SNES controller at the age of 3. She loves researching anything gaming related and talking games amongst her friends.
You might also like
Release Date

Wolfenstein: The New Order Release Date and Access to Doom Beta with Pre-Order