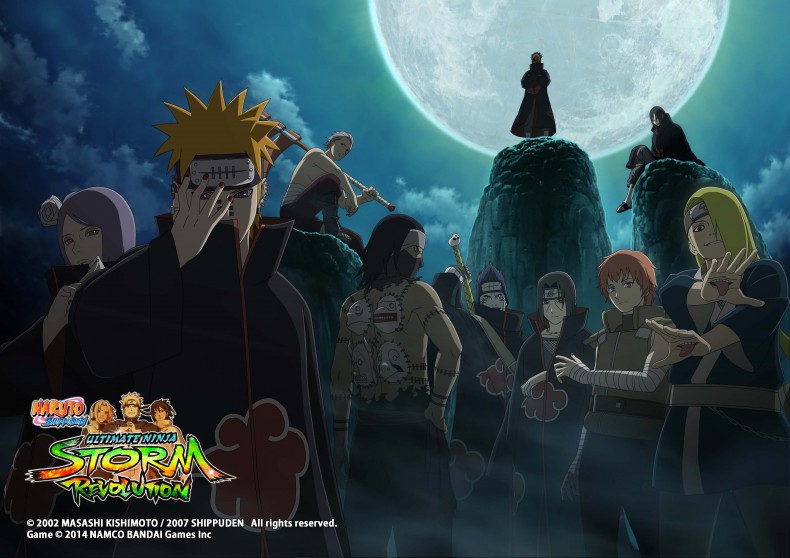 Naruto Shippuden Ultimate Ninja Storm Revolution looks awesome. I have been a huge fan of the Ultimate Ninja series since it was on the PS2. The Storm series was majorly dynamic and made the transition to 3D look easy. This latest title looks to be the biggest and baddest game yet in the series and Namco-Bandai has just announced that there will be two new playable characters: Iruka Umino and Konohamru Sarutobi. Iruka, Naruto’s first ever sensei was Naruto’s first friend in the series and he’ll be making his first entry as a playable character. Konohamaru is something of a disciple of Naruto and getting to see both he and Iruka in action only heightens my excitement.

This game looks to revamp the support system form the past game a well as continue the story. The game will have some new game modes such as Tournament Mode and will also have a bonus story mode. It also looks to shake up gameplay mechanics with guard breaks and counterattacks and there are bonuses for those who have save data from Ultmate Ninja Storm 3. To pre-order the game check out this link, and stay tuned for more updates from SpawnFirst.

Contributor John is a third year journalism major and a fifth year policy debater, but gaming is his passion. He firmly believes that the PS2 is the finest console ever made and will defend to the death that playing Pokemon is not and never was lame. He owns every current gen console and is excited for the advent of the PS4 and Xbox One. He enjoys action-adventure and survival horror, but can hold his own in a discussion about nearly any genre. He listens to a surprising amount of alternative music and can fix a mean bowl of Frosted Flakes.
You might also like
AnnouncementscharactersFighting