Satoru Iwata, the President and CEO of Nintendo, has an interview series in which he sits down with Nintendo developers to talk about the games they’ve produced and how far along they’ve come from the beginning until now. In this edition ofÂ Iwata Asks, he sits down with the developers of Wind Waker HD for the Wii U to discuss the differences between the initial release ofÂ The Legend of Zelda: The Wind WakerÂ on the Nintendo GameCube in December 2002 andÂ The Legend of Zelda: The Wind Waker HDÂ on the Wii U on October 4, 2013. 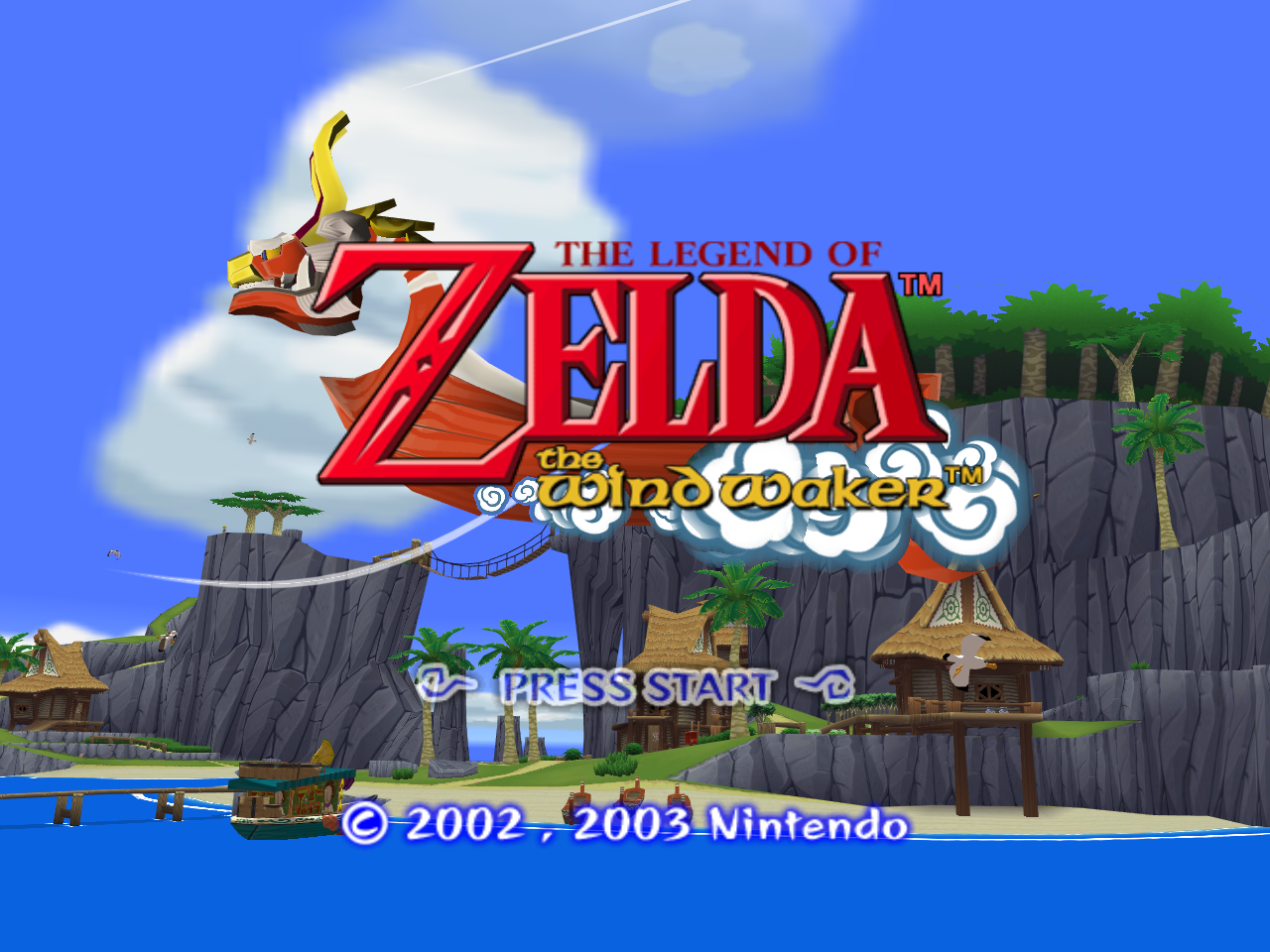 Iwata sat down with Masanao Arimoto, Takuhiro Dohta, Satoru Takizawa, Daiki Iwamoto, and Eiji Aonuma. He asks a series of questions to which the developers go into detail when answering.

How Toon Link Came To Be:

Everyone on the core staff making the game at that time had a sense that proceeding in that direction didnâ€™t feel quite right. Then one day, out of the blue, (Yoshiki) Haruhana-san hit us with that newÂ Link. –Satoru Takizawa

The “new Link” Â he was referring to was the cartoon-ish Link that is featured in Wind Waker. Using that as a jumping off point, development began to flow rapidly. Feeding off of the new Link, they were then able to create the enemies and then the rest of the game came to be.

Basically, as time progresses, negative opinions about The Legend of Zelda turn into positive ones. At first, I wasnâ€™t sure about that, but seeing the response to The Wind Waker HD, I think it may be right.Â -Eiji Aonuma

The Zelda Cycle is the transition from negative to positive outlooks on the games. No one likes change; this is an obvious statement especially within the gaming community. However, when they first unveiled the character design for Link in The Wind Waker, people were a little reluctant to accept this new take on the beloved character because they felt it was too childish and wouldn’t appeal to the “older” players. As is the case with any game, The Legend of Zelda is no exception to criticism. However, Iwata pointed out that “a year or two later, people are revising their opinions, and its reputation goes up.” Surely when seeing change for the first time without experiencing it, people won’t take kindly to it. However, the innovations of The Wind Waker to The Legend of Zelda series brought the game to its infamy.

The First Part Is Divine But…

Without much hesitation, we decided rather early on to set the game among the seas. We liked how we could use the open sea in designing the mechanics of the game world, and more than anything, we thought it would be interesting to show the sea in that visual style. I think we got into a good flow with everyone coming up with ideas about what the islands in those seas should be like and what the people living there would be like.Â -Eiji Aonuma 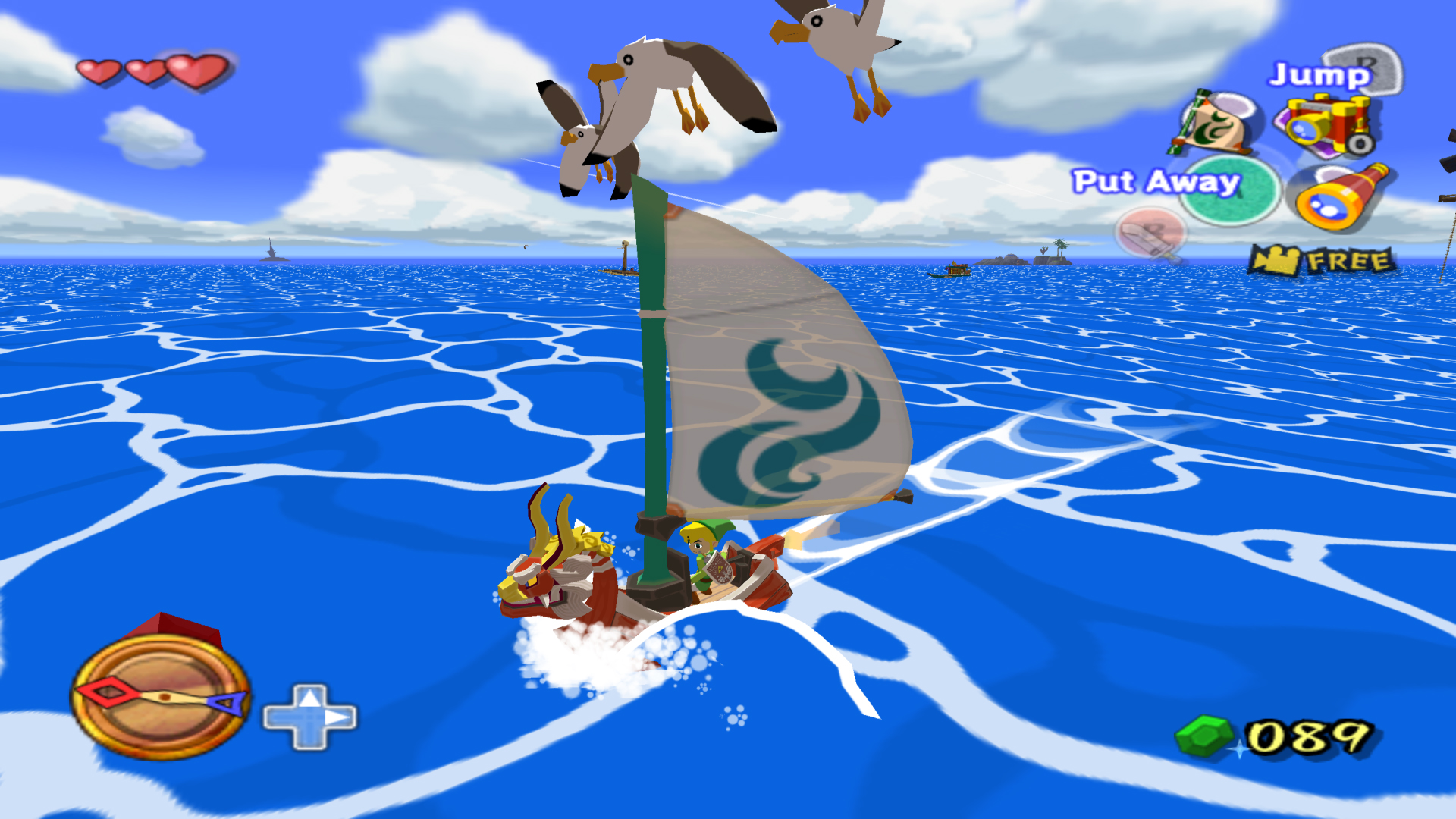 The game spends a lot of time on the sea. So much so that it’s hard to forget what it looks like, even after 11 years. Each island presented a new experience between the inhabitants, both friendly and unfriendly, and the overall atmosphere of the level. Players could get a glimpse of what to expect just by looking at the island itself although, sometimes, looks can be deceiving.

For example, the level with the Deku Tree, Forest Haven, looks like a peaceful enough level to traverse. However, it does hide some perilous secrets within its massive tree trunk. From this somewhat peaceful island, you have to go to the island adjacent to it which is clearly uninviting and full of hazards, enemies, and does all but yell at the player to keep out. With a vast amount of islands to explore and enough travel time between them (which is now being rectified in the HD version), this was the epitome of open world exploration for its time.

The make-up of the team was a little special this time, with only a few in-house designers. When it came to things that could be done with sheer manpower like working on high-resolution textures and so forth, a lot of external designers worked with us. In other parts like the refining were basically done by Takizawa-san, Arimoto san and one more person, and we moved forward with those three being the main designers.Â -Takuhiro Dohta

Creating the game was a quicker process than it seems like it would be. Apparently, with difference in hardware, it would take a little more than some spit and shine to port a GameCube game over to the Wii U in HD. When they were first demonstrating the Wii U, they took components from multiple Zelda games and put that data on the Wii U in HD to demo the capabilities of the console. This alone triggered the possibility of creating Wind Waker HD and, when asked about how long it would take, it would be done in less than a year. With this information, they pitched the idea to Shigeru Miyamoto who greenlit the project and development on The Wind Waker HD was underway.

The reason I pushed so strongly to do it in such a short time without considering a buffer was because the world that we had really wanted to make years ago was unfolding there in the test images Takizawa-san showed me. Iâ€™d seen something to make me think, â€œThis is it!â€ So as a creator, not doing it wasnâ€™t an option.Â -Eiji Aonuma

The GameCube didn’t possess the power the developers wanted to fully depict the world they imagined. With greater power in the Wii U, now was the time for their vision to truly come to life in a higher resolution and more fluid movements.

These are just a few highlights of the interview as a whole. There is so much more to be said and even more to learn about the differences between the two. This edition if Iwata Asks was surely a good one.

Former Editor-in-Chief Angie has a passion for gaming. She has never been able to put the controller down since first picking up an SNES controller at the age of 3. She loves researching anything gaming related and talking games amongst her friends.
You might also like
NintendoSatoru IwataWii U