Jump into the cockpit with ‘MechRunner’ from Spark Plug Games 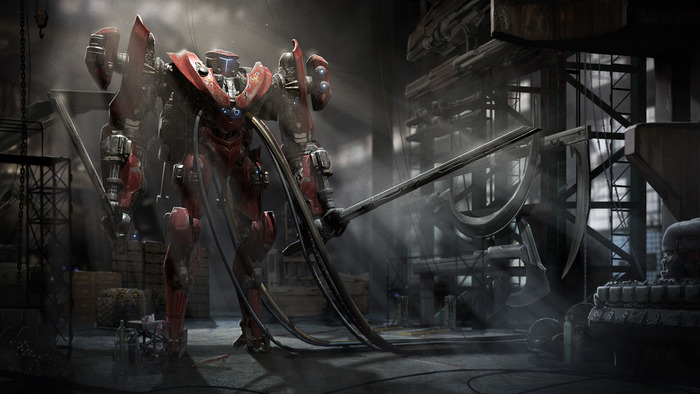 Spark Plug Games, creator of the wildly addictive Puzzle Quest 2, unveiled their new game today, MechRunner. The North Carolina development team loves the slogan, â€œWe ignite fun!â€, and it definitely shows with this game. MechRunnerÂ is described as, â€œA fast and furious non-stop action game that puts you in command of a powerful ‘mech that can also become a mighty battle tankâ€. The player can switch between a mighty mech and battle tank on-the-fly while battling the various enemy types. 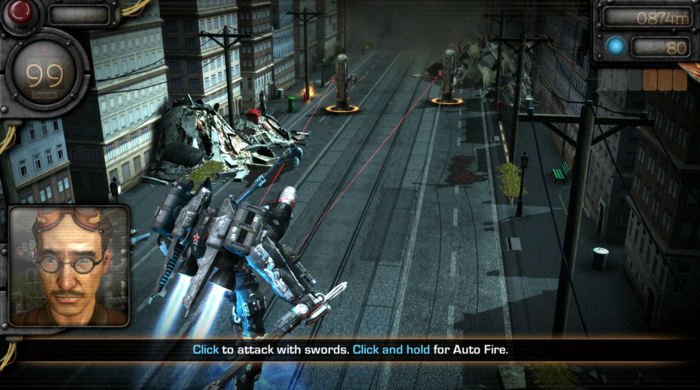 Along with slicing and dicing (almost like Revengeance!)Â your way through mechanical hordes, the player simultaneously must try to rescue citizens in a dynamically shifting environment, which offers unexpected obstacles, cover, and danger. Spark Plug Games created an insanely fast-paced, epic game full of beautifully crafted mechs for the players to enjoy.

The Puzzle Quest 2 creatorsÂ teamed up with film veteran Josh Nizzi (Avengers, Iron Man, Transformers)Â to create aâ€œtruly unique visual experienceâ€. Ben Lichius, while discussing MechRunnerÂ said, â€œI think we have some of the most detailed, amazing looking mechs to ever appear in a video gameâ€.

Along with unveiling the game today, the independent game developer also launched a Kickstarter campaign to help fully polish their game. While the game is technically complete, Spark Plug’s President John O’Neil said, â€œWe realized that, with a little extra polish here at the end, there’s a lot we could do to make playing MechRunnerÂ even more memorable for gamers and mech fans alikeâ€. Here is a link to the kickstarter page.

MechRunnerÂ will be released on PS4, PS Vita, PC/Mac/Linux in the summer.

Associate Editor Jake is a graduate from Central Michigan University where he earned his B.A. in history. He loves reading, writing, and playing video games (of course!). He's a sucker for a good single-player experience and devours video games at a ridiculous rate.
You might also like
indieindie devKickstarter