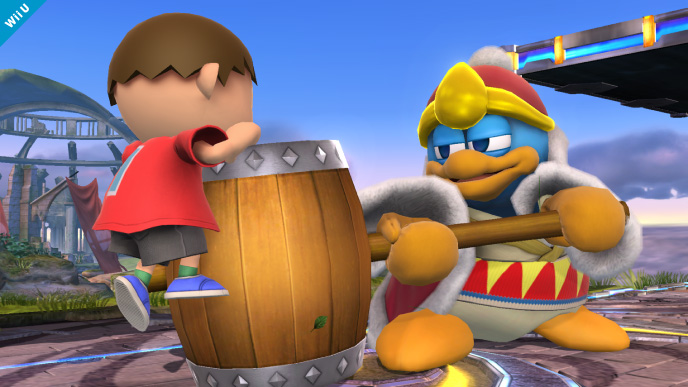 Everyone’s favorite waddling antagonist is back in the fray, as King Dedede has just been confirmed for both the Wii U and 3DS versions of the upcoming Super Smash Bros. game. The king returns in mostly the same form we had seen him in before, though this time sporting a slightly more vibrant color scheme and a feast of new facial expressions. Dedede’s premiere now brings the confirmed roster to 21.

Senior Staff Writer Colton Steury is a musician, writer, and fervent gamer who enjoys most any games, but is especially fond of RPGs, platformers, third-person shooters, and indie games. When he's not writing articles, composing songs, or gaming, you could probably find him eating potato chips and petting a cat. Generally, he is willing to accept potato chips/cats as currency.
You might also like
3DSKing DededeKirby