Konami to release Millennium Duels on Xbox 360 and PS3 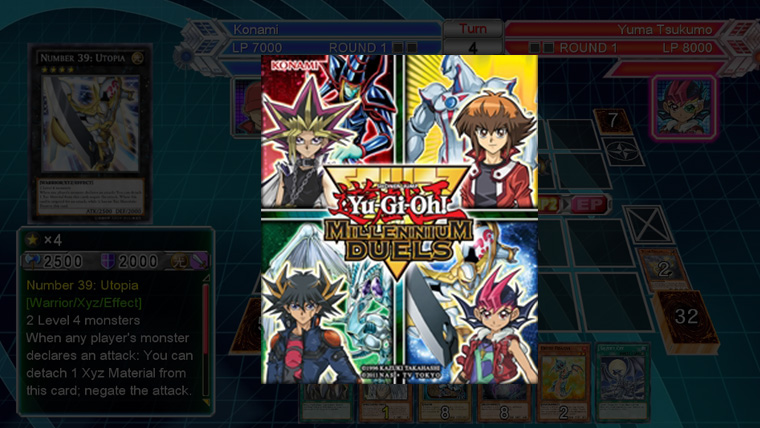 Konami’s latest Yu-Gi-Oh! game Millennium Duels is coming to the Xbox 360 and the PS3 and the game will be available worldwide for Xbox Live and on the Playstation Store as a digital copy only. Americans can get their copy of the game on April 29th for $9.99, marking the return of the card game franchise onto the console systems.

Millennium Duels features over 6,000 cards for players to choose from, more cards than any version of the game has offered. The game is also compatible with the downloadable card packs purchased from Yu-Gi-Oh! Decade Duels Plus, and hosts a variety of opponents in the single player campaign. The game features well known protagonists Yugi, Jaden, Yusei, and Yuma, along with 80 other characters featured in the television series. Players can even unlock avatars and use them to battle with other players in multiplayer.

Online modes include Rank Match, Quick Match, and of course Custom Matches for players who want to tweak the games’ rules. The game also has four player tag duels, with text and voice chat capability.

Contributor Jennifer is a 22 year old whose love of games tends to keep her inside instead of outside in the Californian sun. Sheâ€™s pursuing a Bachelorâ€™s in English and loves games that tell a compelling story. With a brother that introduced her to games at a young age, and a fiance whoâ€™s majoring in video game design, Jennifer is surrounded by all things gaming. She also enjoys sushi, good thoughts, pizza, gardening, and Pathfinder.
You might also like
ps3SonyXbox360