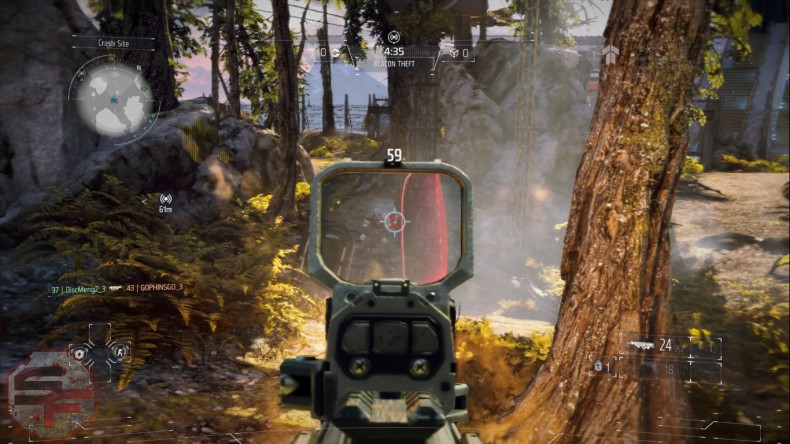 Unfortunately, there is no video to display here in the post, but there is a great reason for that. The reason behind it is because the video is meant to be watched in Windows Media Player for Windows users and Quicktime for Mac users. Why, you ask? Because these programs have hardware acceleration which means that you will see the video as it was recorded. Using non-hardware accelerated programs such as VLC Media Player will make the video seem laggy and will, in turn, lessen the glory of the video. 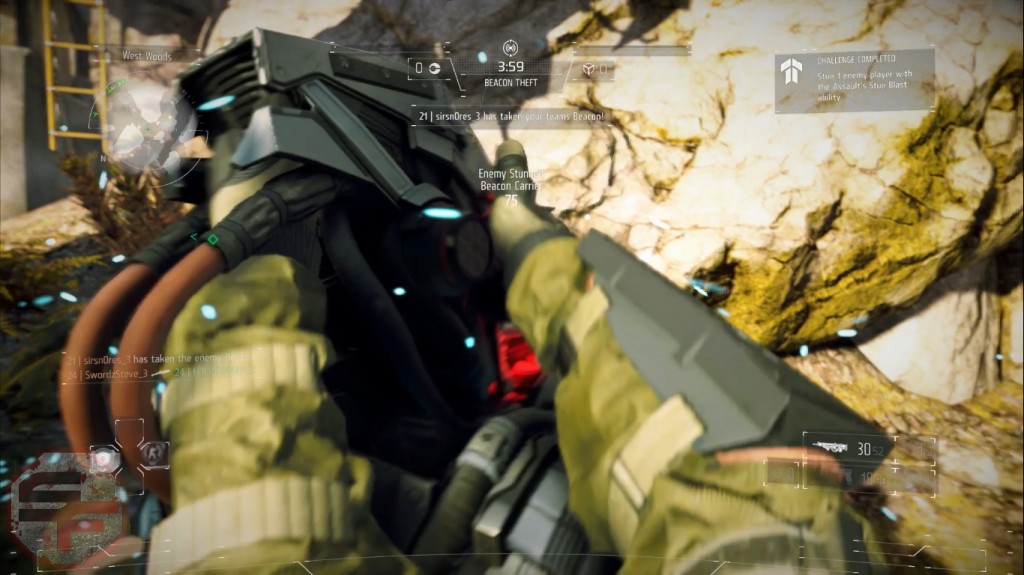 The screen above is pulled directly from the video. The video shows the use of the shields, the used of explosives, a stealth melee kill (as seen above) and finally, the player’s death. The video appeared at first that it was experiencing frame rate drops but, as I rewatched it, I realized it was just the character getting tired from running. This is what the PlayStation 4 has to offer its gamers and it has SpawnFirst’s stamp of approval. It is absolutely amazing to watch this video in all it’s glory.

What are you waiting for? Download the video hereÂ and experience it for yourself!

Former Editor-in-Chief Angie has a passion for gaming. She has never been able to put the controller down since first picking up an SNES controller at the age of 3. She loves researching anything gaming related and talking games amongst her friends.
You might also like
gameplayKillzone: Shadow Fallmultiplayer