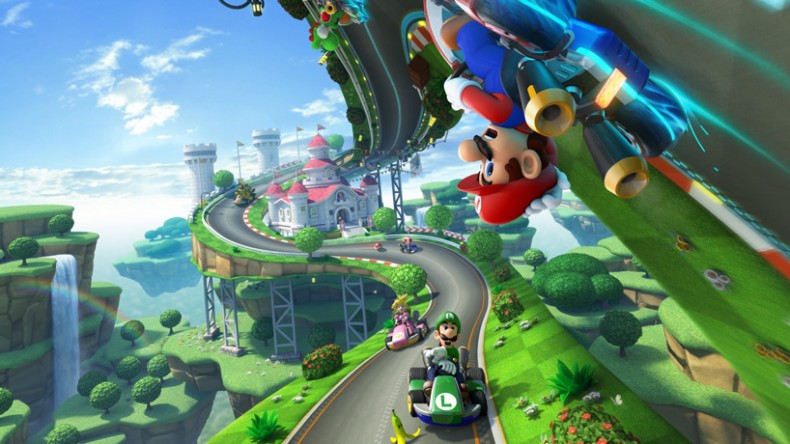 WithÂ the release date ofÂ Mario Kart 8Â right around the corner, Nintendo U.K. announced today that Europe will be getting a new Mario Kart themed bundle. The bundle will include a 32 GB Wii U, a black GamePad, sensor bar and a physical copy ofÂ Mario Kart 8. This is a departure from most other system bundles which usually seem to include a download code for the game rather than a physical copy. This bundle will costÂ Â£249.99 but Nintendo is also offering aÂ Â£299.99 bundle which will include everything listed as before with the addition of a GamePad protector, Wii U racing wheel and an extra Wii remote.

While the bundle is currently only slated to release in Europe, there is still a chance that these same bundles could arrive stateside.Â Mario Kart 8Â launches on May 30th in both the U.S. and Europe.

Logan is currently a Communications/Journalism at IUPUI in Indianapolis. He is an avid fan of Batman and loves nothing more than sitting down to play a good RPG. He is also a firm believer that every situation in life should somehow involve pizza. One day he hopes to witness the Chicago Cubs win the World Series.
You might also like
BundleMario Kart 8Nintendo

PS Vita Slim to be Bundled With Borderlands 2