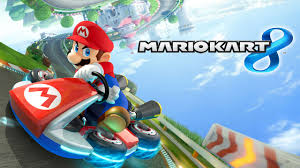 The future does not look bright for Nintendo. Amid already dismal sales of their Wii U console, the upcoming projections for Mario Kart 8 are not optimistic to say the least. Currently, there are only 6.17 million Wii U’s in homes across the world. This means that if series remains consistent with copies sold (typically around 20% of everyone with the appropriate console buys one)  it will still fall short of Mario Kart: Super Circuit for the GBA, which is the worst selling game in the franchise at only 5.47 million copies. Even if Nintendo actually does sell 3.6 million Wii U consoles this fiscal year as planned, Mario Kart 8 will still be the worst selling game of the franchise.

Nintendo is hoping that both Mario Kart 8 and the upcoming Super Smash Bros. game will be huge draws for the system. In the past, Nintendo has been best known for their multiplayer and “party” games, Mario Kart and Smash Bros. being among the most notable, but their place in the gaming community has come under fire with dwindling sales and several consecutive years of losses. While it seems that Nintendo is pinning all of its hopes for the year on these two games, it is important to note that these numbers are only looking at the release of the new Mario Kart, not its sales over the entirety of the Wii U’s lifetime.

Whether Mario Kart 8 will be a turning point for the WII U or another setback for Nintendo should be answered by the end of the month, but the Mario Kart franchise has always been a major draw for Nintendo and one of their largest sellers (part of the reason why the numbers seem so skewed). Until the final numbers come back, it’s safe to assume that any entry in the Mario Kart franchise will be a must have for any Wii U owner.

News, Wii U
Mario KartNintendoWii U

Evan has been a dedicated gamer since 1995 when he got his first console (a Sega Genesis). A graduate of Shippensburg University, Evan spends most of his time writing about gaming, literature, and nerd culture in general. XBL: Eftsoons PSN: HideousToshi Steam: HideousToshi LoL: Eftsoons
You might also like
Mario KartNintendoWii U