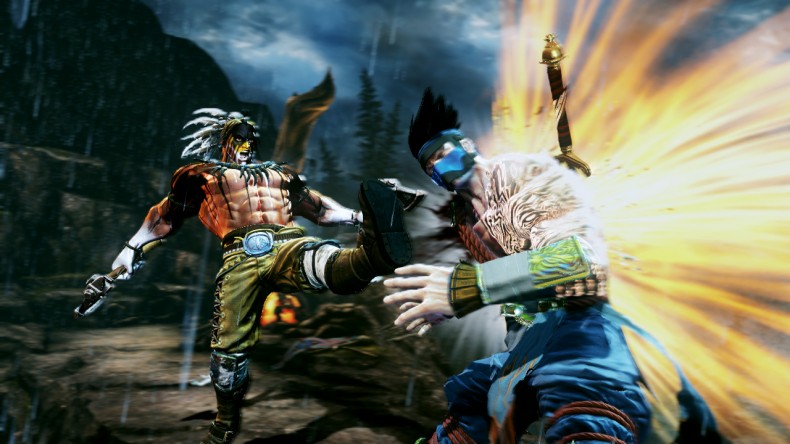 Some lucky Xbox faithfuls have been opening their inboxes today to a free gift of killer proportions.

Itâ€™s currently unknown why, but John Caboose and several other users on the neoGAF forums have reportedly received a full unlock of Killer Instinct on the Xbox One for free. The game is a free-to-play experience that lets players use one character at no cost, while requiring payments for the rest of the roster. 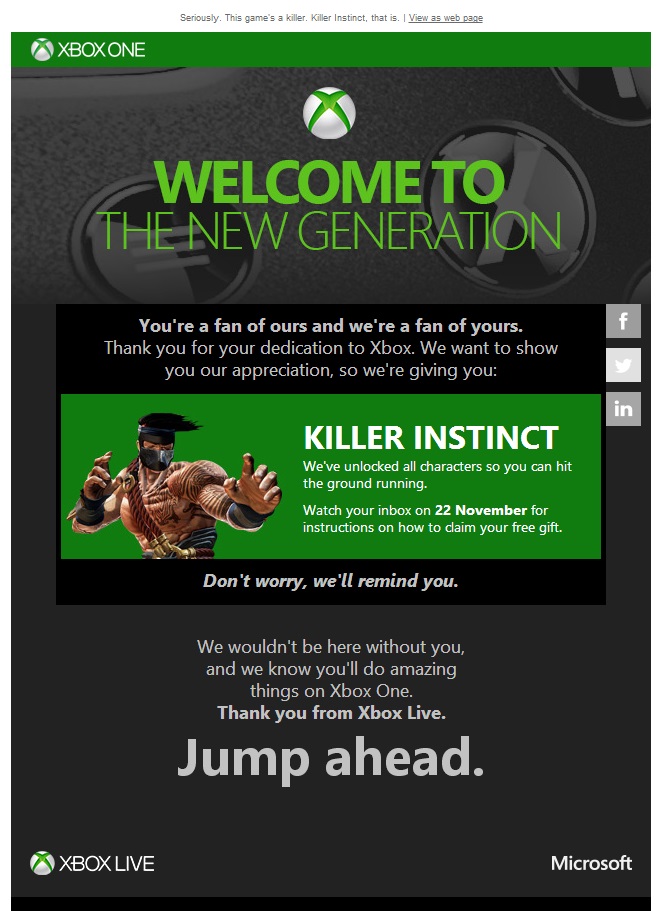 The deal is incredibly generous, ensuring Xbox One buyers get that first party launch title to go with their system, and putting those lucky enough to receive the gift in good terms with their purchase knowing that they have at least one complete new game to play out of the box.

No one is sure what qualifies to get the offer. Anybody with an Xbox One preorder or points in the Rewards system should keep an eye on their inbox.

Contributor Geron's been into games for as long as he can remember. From fighting Octoroks to studying graphic and game design at GMU, the guy's been around the block when it comes to interactive entertainment. When he's away from a console, he's working on his next piece of art. Fun Fact: his first published artwork was in issue #144 of Nintendo Power Magazine, when he was only 10.
You might also like
FightingFree GameKiller Instinct