Microsoft’s New Xbox Could Be ‘The One’ 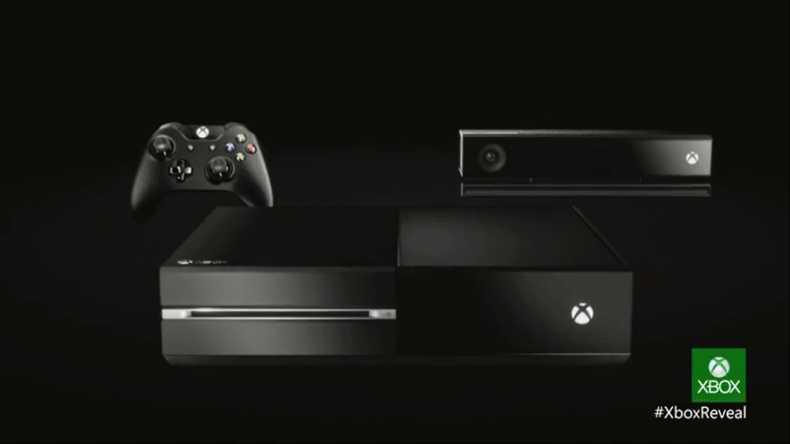 Microsoft’s New Console Could Be ‘The One’

Xbox One. This is the official name of the newest Microsoft hardware, unveiled at the Xbox Reveal earlier today. Rumours previously suggested the new console would be called Fusion, Infinity or possibly Durango but now we know for certain what the name is; Xbox One. We were also given the specs of this console; the system will include 8GB of RAM, a 500GB hard drive, a Blu-ray drive, an 8-Core CPU, HDMI in and out ports, USB 3.0, 802.11n wireless and much more. The parts were all shown on screen, separated from the console. While showing the console itself, the controller was also revealed. As most people expected, nothing has changed and the fundamentals have stayed the same. The D-Pad has been revamped, which will be music to most Xbox usersâ€™ ears. Â The only other minor change is that the start and back buttons have been replaced with two unknown buttons, yet stay where they were situated on the Xbox 360 controller.

The Xbox Oneâ€™s interface looks similar to Windows 8 and can be powered by voice commands from the new and improved Kinect. These voice commands will enable the user to switch between games, movies, TV etc. If you’re into multitasking, itâ€™s now possible. A â€œSnap Modeâ€ has been included in the Xbox One, which will let you do things such as browse the internet or Skype on one fraction of the screen while a movie or game is playing on the wider side of the screen.Â Â Hand gestures will also let users close â€œSnap Pointsâ€ and move along the interface.

Although the Xbox One is built as a conventional console, it will not be based around gaming, but around entertainment as a whole. Playing games, listening to music, watching TV and movies, and accessing social networks will all be integrated into the Xbox One. Most of the Reveal event was based around showcasing live television and other new mechanics that willÂ revolutionizeÂ the Xbox One to its counterpart.

Throughout the Reveal, spokesmen used Kinect features showing what was capable of the machine, while flaunting the interface. Xbox Smartglass was also shown, letting users use their phones or tablets to control various functions on the Xbox One (including watching television channels). The main purpose for Smartglass is to display â€œsecond screen contentâ€ that will enhance what users will see on their television. The main three features of this next generation will be â€œController, Kinect and Smartglassâ€. Smartglass has been described as â€œnatively part of the platformâ€ during the reveal.

During the event, Microsoft also unveiled there will be over 300,000 servers which the Xbox One will have access to. Enhancing Xbox Live seems to be Microsoftâ€™s main concern as it is what made their consoles attractive in previous generations. In an attempt to sway customers to the Xbox, Microsoft has also unveiled that the Xbox One will get fifteen exclusive games in the first year of its life span. Eight of these will be new, so expect the others to be from the Gears of War, Halo, Fable and other already-established Xbox franchises. One new franchise was shown called Quantum Break.

Call of Duty: Ghosts was also shown late into the event, where it was stated that Xbox users will once again get first dibs at the downloadable content. Comparisons were made between Modern Warfare 3 and Ghosts, as both were made by Infinity Ward. The story, written by Stephen Gaghan, will be based around 10 years after an event which left America crippled. Not much else was shown, but most looks very similar to prior Call of Duty games, with the exception of featuring dogs in the campaign (which will act as a companion rather than an enemy).

A Halo Xbox TV project was also shown and will be handled by Steven Spielberg. A live action series was released last year and had tremendous success, so letâ€™s hope this will be too. After the actual event, Microsoft confirmed that the â€œAlways Onâ€ rumours were bogus and that an online connection wonâ€™t be needed at all times. EA also stated at the reveal that they have a partnership with the Xbox One, as does the NFL.Â Â Fantasy football will be updated live and can be used in â€œSnap Modeâ€, so you can watch the football game while checking your fantasy football teamâ€™s progress.

Many games will be coming to the Xbox One, but sadly little to no gameplay was shown throughout the event. Confirmed so far for the Xbox One are the following: Assassinâ€™s Creed 4, Battlefield 4, Destiny, Thief and Watch Dogs (all of which werenâ€™t referred to at the Reveal). Announced at the event wasÂ Call of Duty: Ghosts, Madden 25, NBA Live 14, Quantum Break, UFC, FIFA Soccer 14andÂ Forza Motorsport 5. Some gameplay mechanics were shown for a few of the games above, but with little gameplay to back the statements we have no idea how the game will feel and play. During the event we were told to expect more at E3, which hopefully means proper gameplay on the Xbox One.

Although the Xbox One may not be entirely about games, it will offer a different dynamic to a new generation. It will offer everything, including music, movies, live television, games, internet and apps all in One.

News, Xbox One
Kinect 2.0MicrosoftMSxbox one

Former Staff Writer Mark is an Irish student passionate about games. He enjoys playing sports such as soccer and rugby, but loves playing video games at any time possible. Mark plays mostly on the Xbox 360, but also plays on the PC from time to time. He is a multiplayer manic and also loves to delve into deep storylines within RPGs.
You might also like
Kinect 2.0MicrosoftMS

Go Inside The Kinect… Literally