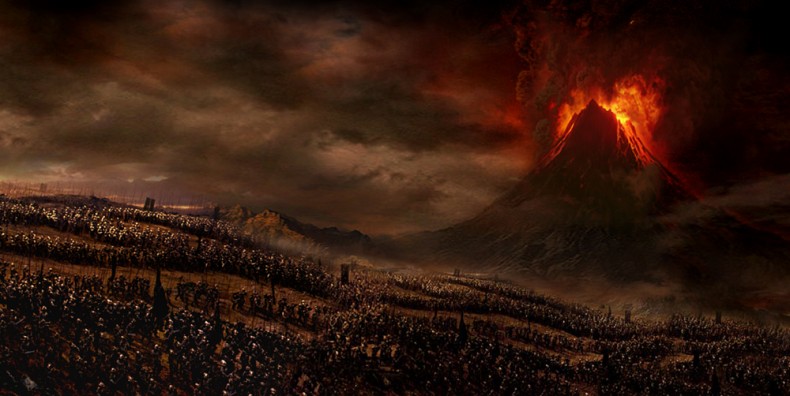 The studio that brought you Gotham City Impostors and Guardians of Middle-Earth is now working on a new title, Middle-Earth: Shadow of Mordor. Warner Brothers just made the announcement today and the idea of a third-person, Lord of the Rings action game is enough to get anyone excited. The game is being developed for PC, Xbox 360, Xbox One, PS3 and PS4 according the the official site, so unless all you have is a Wii U, you should be set.

The game focuses on lone ranger Talion, a character and story sure to fit in nicely between the The Hobbit and The Lord of the Rings film series. The story will involve the rings of power, but other than that seems to operate isolated from the rest of the series. Monolith is combining their new Nemesis System with next gen capabilities to, hopefully, bring us a Lord of the Rings experience we’ve yet to have truly satisfied by previous titles. Samantha Ryan of Warner Brothers is quoted as saying

Players will explore the dark and very personal theme of vengeance in a world where decisions have a consequence, and those consequences persist even after death… The game introduces new gameplay mechanics to the action genre, creating opportunities for emergent and customized gameplay that will be rewarding for players.

This approach to gameplay sounds promising, and will likely create a unique and personal experience for each player. Games that track player choice and impose real consequences have been successful in the past, with Infamous, Bioshock and The Walking Dead all coming to mind. Even though we don’t have a release window yet, the announcement will likely be enough to hold us over until more info comes out. Make sure you check back here at SpawnFirst because when it does, we’ll have the word. Also, be sure to check out the official site here.

News, PC, PS3, PS4, Xbox 360, Xbox One
AnnouncementsLordLord of the RingsMiddle-EarthMiddle-Earth: Shadow of MordorMordorNext-GenofOnePCps3ps4ringsthexboxXbox 360xbox one

Contributor John is a third year journalism major and a fifth year policy debater, but gaming is his passion. He firmly believes that the PS2 is the finest console ever made and will defend to the death that playing Pokemon is not and never was lame. He owns every current gen console and is excited for the advent of the PS4 and Xbox One. He enjoys action-adventure and survival horror, but can hold his own in a discussion about nearly any genre. He listens to a surprising amount of alternative music and can fix a mean bowl of Frosted Flakes.
You might also like
AnnouncementsMiddle-Earth: Shadow of MordorNext-Gen