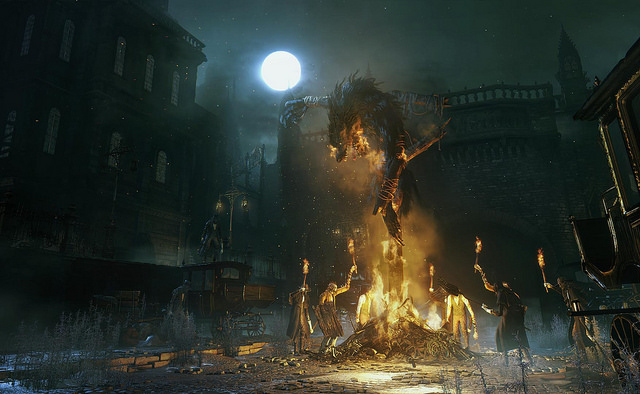 Last night at Sony’s E3 press conference, a teaser trailer for the upcoming From Software game Bloodborne  was revealed. Just a few moments ago, SCE Japan Studio’s own Masaaki Yamagiwa posted further details on the new IP, along with some screenshots.

According to the post, the PS4 exclusive is set in the mysterious and cursed land of Yharnam and players will take control of one of its hopeless and afflicted settlers. Combat will be just as intense and life-threatening as it was in the Souls series, but players will be encouraged to take a more aggressive and offensive attack style instead of a block and attack technique. 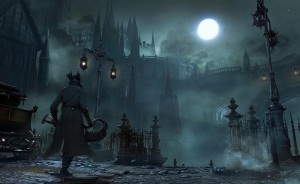 Yamagiwa also boasts that the game will take full advantage of the PS4, displaying exquisite lighting effects, and expanded draw distances so players can see more of the world at once. Nothing was said about the online except that From Software is working on innovative experiences in which users can share their adventures.

Stay tuned to SpawnFirst for more Bloodborne   details as they emerge!

Adam is a graduate of Indiana University’s School of Journalism and a native of the Northwest Suburbs of Chicago. He is currently a media strategist at Emerging Insider Communications, but his dream is to become a full-time games journalist. When not consulting tech startups or writing about the video game industry, he likes to spend his time actually playing games on his PC, PS4 and Wii U.