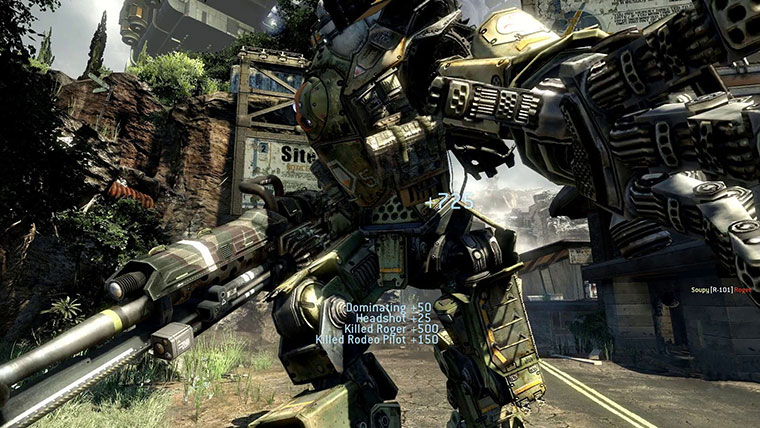 Abbie Heppe, Respawn’s charming and vocal Community Manager, has been been laying out little details about Titanfall and answering the questions of some excited fans and alpha testers. From her conversations with other people, we’ve found out about quite a few things. Keep yourself updated on her Twitter page.

First off is the news that there will be different AI types in the game, but unfortunately, none of the AI types will have any “adjustable” intelligence.

@Myke311 no but there a different AI types

Details about the PC version of Titanfall will also be released fairly soon, according to Abbie.

@V1L1N we’ll have all the PC deetz soon, we hear ya on fov & acceleration

And last, but definitely not least, is quite the proposal offered to Aaron Greenburg, Respawn Entertainment, and more, just for a Titanfall alpha code. I’ve heard some people were desperate, but this definitely takes the cake:

@PNF4LYFE LMAO, quite an offer but this one is out of my control.

Founder/Consultant Growing up in different countries, Karam has a unique global perspective about gaming. He brings with him that set of eyes and ears that can look at the state of gaming from afar. His gaming loves cover just about every genre, and he is a constant presence on Xbox Live and PSN. Karam is a Systems Administrator by day and lives in Georgia with his wife and three children. By night he transforms into Aye Karamba (Live) or Aaqiloon (PSN), and his virtual aliases live online.
You might also like
Abbie HeppeEATitanfall