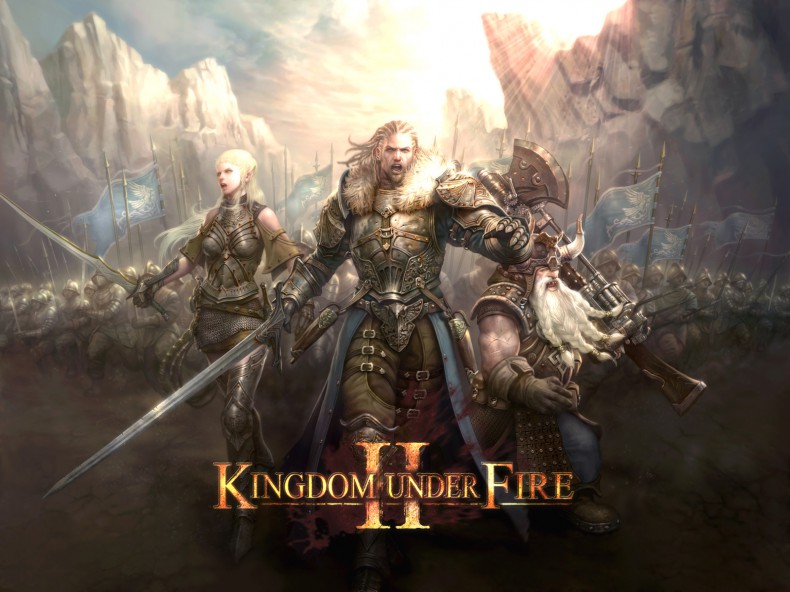 For those or you out there that have a love for command and conquer strategy as well as hack and slash fun, Kingdom Under Fire II  appears to be just over the horizon. For those of you unfamiliar with the series, the player takes the role of a general, commanding his armies in a fantasy world. He moves them about the battlefield, gives them strategic orders, sets traps, etc. However, when a unit of troops enter combat with another unit, the player takes direct control of their general and it turns into a Dynasty Warriors-esque game where the player carves his way through hordes of enemies.

The last Kingdom Under Fire  game to be released was a departure from the series and was mainly focused on dungeon crawling, hack-and-slash, four player co-op. Kingdom Under Fire II  looks to be a return to the combination of elements that makes the series great. The battles appear to be on a much more grand scale than ever, with new types of units, rampaging monsters, artillery strikes, and doomsday magic. As production goes on and more and more is revealed, the battles will surely grow in scope and size. If you’re a lover of battlefield strategy, or even battlefield chaos, this game is definitely a must have.

he release date for Kingdom Under Fire II  is set for sometime in mid to late 2014. It will be available on PS4 and PC.

Evan has been a dedicated gamer since 1995 when he got his first console (a Sega Genesis). A graduate of Shippensburg University, Evan spends most of his time writing about gaming, literature, and nerd culture in general. XBL: Eftsoons PSN: HideousToshi Steam: HideousToshi LoL: Eftsoons
You might also like
Gameplay TrailerPCps4