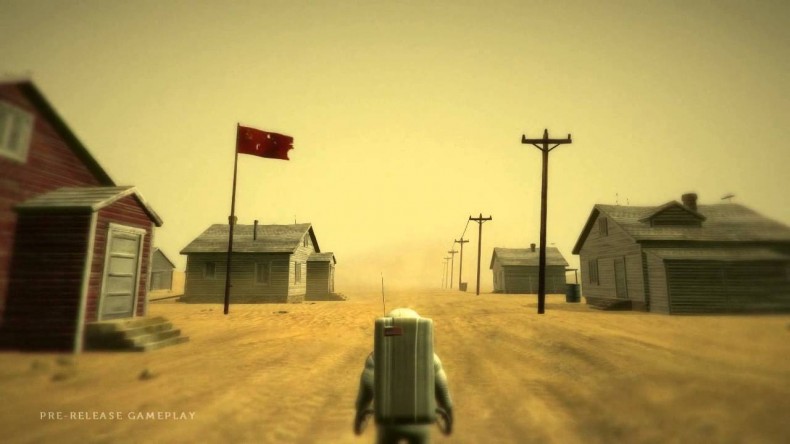 News from Lace Games and Stage 2 Studios is that Lifeless Planet, the highly anticipated third-person action-adventure game hit beta for PC. It is available on Steam at the moment as an Early Access Game, so be warned. To accompany the beta, a new video has been released.

In case you were wondering whether or not it is worth the buy, the first impressions from a variety of gamers, some way into the game already, are sure to convince you. To place the game in context, the story is as follows:

While seeking life on a distant planet, a skeptical astronaut discovers an abandoned Russian laboratory and suspects his mission is a hoax until a mysterious young woman saves him from a strange and deadly phenomenon…

The game appears to be quite the atmosphere shocker and absolutely mesmerizing in its sound, environment, gameplay, and a mysterious (and perhaps dark) mission. Impressively, David Board, an Alaskan-based employee at Stage 2 Studios, single-handedly developedÂ Lifeless Planet.Â His inspiration stems from a love of classic sci-fi movies and TV shows from the 1950s-1960s. This is interesting since the modern perspective of sci-fi/horror is altogether different from the portrayal of the genre in the mid-1900s. Judging by the images and video released about the game, there seems to be a Cold War influence, experiments and secret missions are implied to underline the story.Â Lifeless Planet looks to be an impressive game.Â  The no-so-modernized town coupled with the planets own natural scenes only adds to the games already captivating atmosphere.

Senior Staff Writer Rudolf is a Journalism graduate who has an obsession with video game collectorâ€™s editions, which is matched only by his objective of moving to Canada and firmly establishing himself as a games journalist. His taste for adventure can only be satisfied by action-adventure games, sizzling steaks and dreams of gliding through the air on a snowboard.
You might also like
indiePC