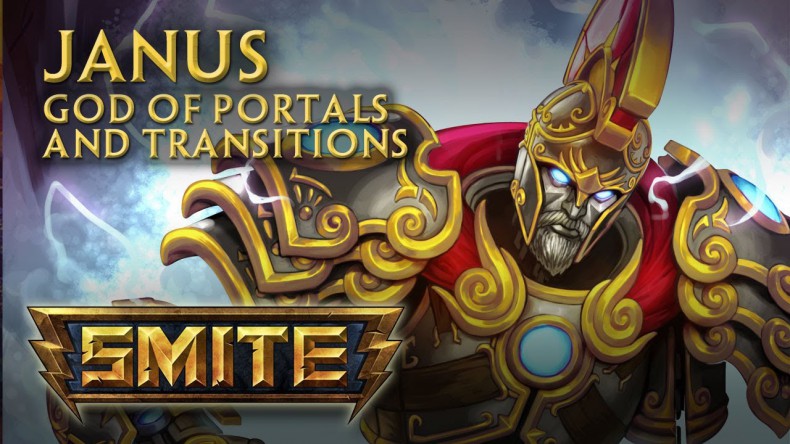 I have been all about Smite for the past few weeks and Hi-Rez has been advertising this patch as the biggest patch ever. It certainly is going to have a huge impact on the game and that was their goal. Item prices and benefits have been significantly altered, gods have been nerfed/reclassified and gods are being made with only Conquest in mind. I’ll be going through some of the more significant changes for you all below but if you want the full change list you can find it here.

First, there’s a new god, Janus. He seems to be pretty powerful with great potential to control the map and support. He can place portals on the map to move himself or allies through walls, place rifts to slow allies and an ultimate that causes damage and places multiple portals on everything it passes through. His jungle, support and solo lane potential seems incredibly high, but that’s if you’re talking about conquest. I get that Conquest is sort of the game’s main appeal but Janus seems a lot less cool and dynamic on maps like Assault, Arena and even Joust maps. His gank(or even scarier, setting up gank) potential is high, but that seems about it. Hopefully far better players than I will prove me wrong, but I see Janus’ best potential in conquest and not so much Arena or Assault.

Second, there have been some item changes in an attempt to change core builds. Hunter and Assassin builds were getting a bit too stagnant so Hi-Rez, correctly, decided to shake things up, making careful item purchasing just that much more important. Items like Draining Blade and Rage have had their benefits reduced to force you to choose between attack speed and crits. Executioner and Malice are now buffed and their have been some significant price reductions with Malice, Devourer’s Gloves and Bloodforge. These changes will certainly shake up my builds as Neith, Mercury and Nemesis.

Speaking of Nemesis, their have been some HUGE changes over at the warrior camp, and if you’re sad just know Hi Rez is collecting your tears in a chalice and enjoying them over rare steaks and talk of stock exchanges. You can check out the link to see exactly how your favorite gods are affected but just know that Hi Rez’s overall goal here is to make Warriors have to focus more on item build. They want to create a middle ground between guardian and assassin so warriors may have to sacrifice some tankiness for damage and vice versa. Highlights: Nemesis is now officially classified as an assassin because that is how everyone played her, Tyr is no longer immune to root or cripples with Unyielding and Fearless no longer causes knockback while in guard stance, and almost all of Odin’s passive buffs have been removed.

The biggest mechanical change that’ll be introdued is that roots and cripples are no longer considered hard CC. That’s kind of major because a lot of items and skills can grant CC immunity and characters like Neith have had to contend with that, since roots are at the core of her attack strategy. Pretty crazy to me as hard CC immunity was important to manage. There were a lot of other changes so make sure you check out the full update list and grab the update. Some of these changes will certainly have a lasting impact on the game as Hi Rez tries to forc the powerful Warrior class down a peg and make Guardians more viable. Do you think Hi Rez has murdered Warriors as we know it or is the change for the better? Let us know, below.

Contributor John is a third year journalism major and a fifth year policy debater, but gaming is his passion. He firmly believes that the PS2 is the finest console ever made and will defend to the death that playing Pokemon is not and never was lame. He owns every current gen console and is excited for the advent of the PS4 and Xbox One. He enjoys action-adventure and survival horror, but can hold his own in a discussion about nearly any genre. He listens to a surprising amount of alternative music and can fix a mean bowl of Frosted Flakes.
You might also like
AnnouncementsHi-RezMOBA