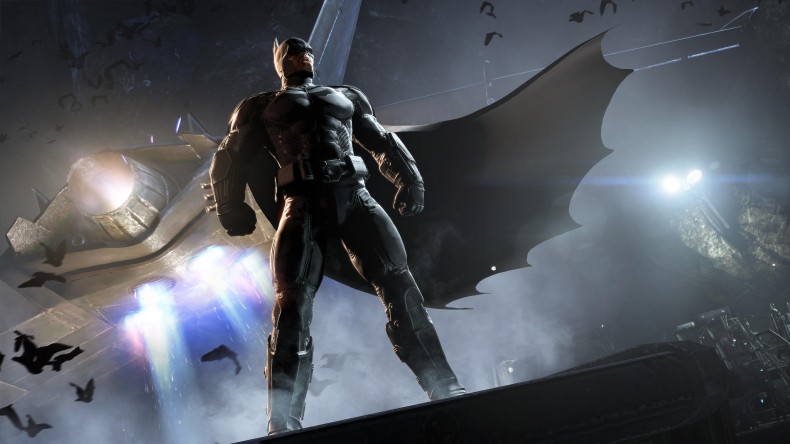 Rocksteady has revealed the final installment in the Batman: Arkham series.

Batman: Arkham Knight is expected to launch later this year for PlayStation 4, Xbox One and PC.

The announcement and accompanying trailer confirmed previously leaked details, including the featuring of many villains, such as Two-Face, Penguin, and Harley Quinn.

Check out the first trailer here:

It appears that details about the upcoming Batman: Arkham game have been leaked.

The box art featured confirms that it will be developed by Arkham Asylum and Arkham City developer Rocksteady, as opposed to Warner Bros. Montreal, who recently released the prequel title Arkham Origins.

Details in the listing claim the game will be the final game in the Arkham series.

The listing also mentions that the iconic Batmobile will be driveable for the first time in the series and that Scarecrow will be replacing The Joker as the game’s primary villain, gathering various evildoers that Batman will have to defeat.

The retailer has the game listed for PlayStation 4, Xbox One, and PC. No mention is made of PS3, Xbox 360, or Wii U release.

No official word has been given as to when a proper reveal is to be expected, but it will likely be soon as it appears that GameStop stores are already receiving promotional material for the game. [via Kotaku]

Senior Staff Writer Kenneth Shepard is a freelance video game journalist, the first human Spectre and an avid Coca-Cola enthusiast. When he's not sharing his opinion on the internet or saving the galaxy from certain death he enjoys sobbing hysterically over the lives of fictional characters . A student at the University of North Georgia, Kenneth currently writes about games for the University's newspaper.
You might also like
Arkhamarkham knightbatman