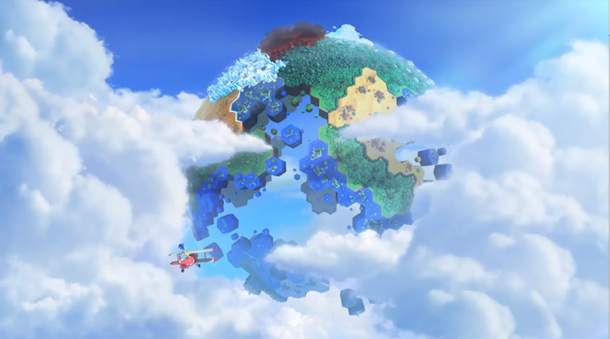 Soon afterÂ rumors spread about a new Sonic game, it has been confirmed today that Nintendo has entered into an exclusive partnership with SEGA. This partnership will see Nintendo and SEGA produce three Sonic games, the first being the rumored is Sonic: Lost World. Nothing has been revealed for any of the games, although we know all the games will release on the Wii U and 3DS. Mario & Sonic: Olympic Winter Games will be releasing alongside the Sochi 2014 Winter Olympics. No release date has been set but we should see the game on shelves a while before the Winter Olympics begin.

The long awaited Pikmin 3 has finally been announced with both American and European release dates.Â  It is set to be available on July 26th in Europe, with America getting it later on August 4th. With the announcement came the unveiling of three new characters that the player will be able to control. These characters are Alph, Brittany and Charlie and all three will be controlled simultaneously using the GamePad. New Super Luigi U, a spin-off of New Super Mario Bros. U, has been announced and will be available digitally on June 20th. Although it may be downloaded, the game will also have a standalone retail version which will be released later on July 26th in Europe and August 28th in North America. If you intend on purchasing the DLC version of the game, you will have to own New Super Mario Bros. U or the DLC will not function. (This version of Checkout is from Gears of War 3)

A new DLC for Gear of War: Judgment called Lost Relics will be coming our way in June. The new game add-on will feature a new multiplayer mode and four maps. The map Checkout from Gears of War 3 will be making a coming back with this DLC as it was many fansâ€™ favorite map. SimCity will also be receiving some downloadable content soon, May 28th to be exact. EA confirmed that SimCity will get some amusement park DLC. According to the retail listing for this DLC, the Amusement Park Pack will enable players to â€œbuild the amusement park of your dreams, right in the middle of your cityâ€

Former Staff Writer Mark is an Irish student passionate about games. He enjoys playing sports such as soccer and rugby, but loves playing video games at any time possible. Mark plays mostly on the Xbox 360, but also plays on the PC from time to time. He is a multiplayer manic and also loves to delve into deep storylines within RPGs.
You might also like
DLCKillzone MercenaryMario