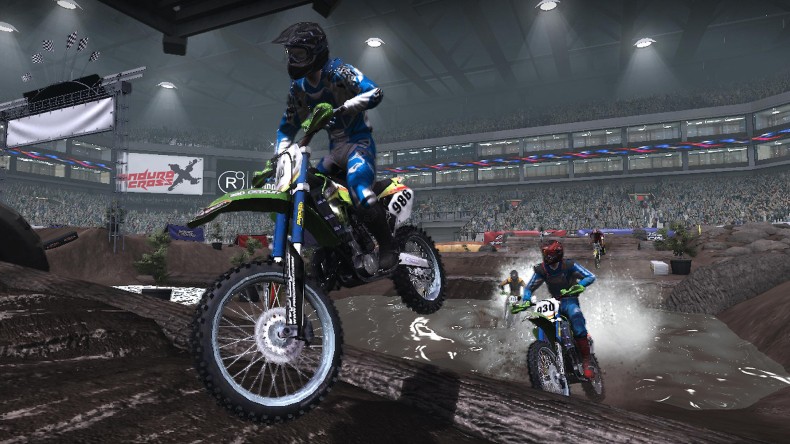 Nordic Games recently acquired the rights to theÂ MX vs. ATV series and plans on breathing new life into the franchise. No need to worry though for longtime fans of the games – they plan on maintaining the existingÂ MX vs. ATV Alive andÂ MX vs. ATV Reflex coding and utilizing as many of the familiar features as possible, including multiplayer for consoles.

Nordic got their hands on the rights as part of an agreement when they secured a slew of THQ’s IPs earlier this year before they officially went under. The game is being developed by people who have previously worked on the game, along with some newer, high-profile developers to bring the series back to life. The first title in this resurrection will beÂ MX vs. ATV Supercross, which will be released in the first half of 2014 on PS3, 360, PC, Mac, and Linux.

Former Editor-in-Chief Angie has a passion for gaming. She has never been able to put the controller down since first picking up an SNES controller at the age of 3. She loves researching anything gaming related and talking games amongst her friends.
You might also like
release window