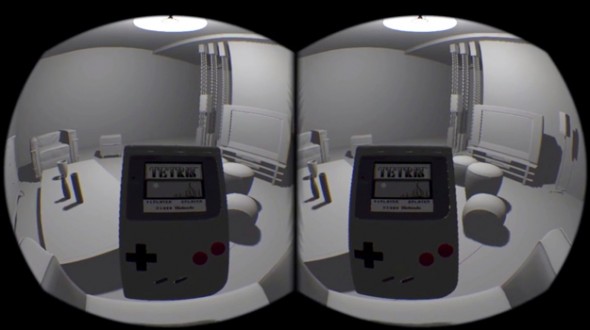 Oculus Rift has seen a lot of media in recents months with Facebook buying them for $2 billion and being sued by twice. Allegedly stealing the original source code Oculus has been put on black with this statement:

“The proprietary technology and know-how Mr. Carmack developed when he was a ZeniMax employee, and used by Oculus, are owned by ZeniMax.”

Additionally Oculus is being sued for their choice of name as Oculus is only an S away from the company of Oculu. a video streaming sercice which claims that Oculus will have similar functions to their video streaming. A lawsuit filed by Kristensen Weisberg, LLP and Daniels, Fine, Israel, Schonbuch & Lebovits, LLP, in the Central District for California claims:

All that aside Oculus is still gaining support from many developers including Unity, who has introduced a GameBoy emulator for the VR headset. It is still in the works but it will offer all the classic games in a save library including Tetris, Pokemon, and many more titles.

This opens the door for many other emulators to appear on the Oculus Rift with controller support for other games like Super Mario 64, The Legend of Zelda, Pokemon Snap, and more. I expect to see classic emulators for the original Xbox, PlayStation One, PlayStation 2, NES, Sega, and many more of our favorite childhood gaming systems.

Do you think we will see more emulator support for Oculus or will it be kept at a minimum? Will Oculus gain another lawsuit anytime soon? Let us know in the comments below. For more news like this stay tuned here at SpawnFirst

Avid hockey fan & lover of the Chicago Blackhawks. Most of my time, when I am not trying to figure out who Tyler Perry is, I am gaming, working, learning, watching hockey, or spending the day with loved ones. I believe in greatness from small beginnings. PSN: http://psnprofiles.com/darlingharbour
You might also like
FacebookgameboyOculus