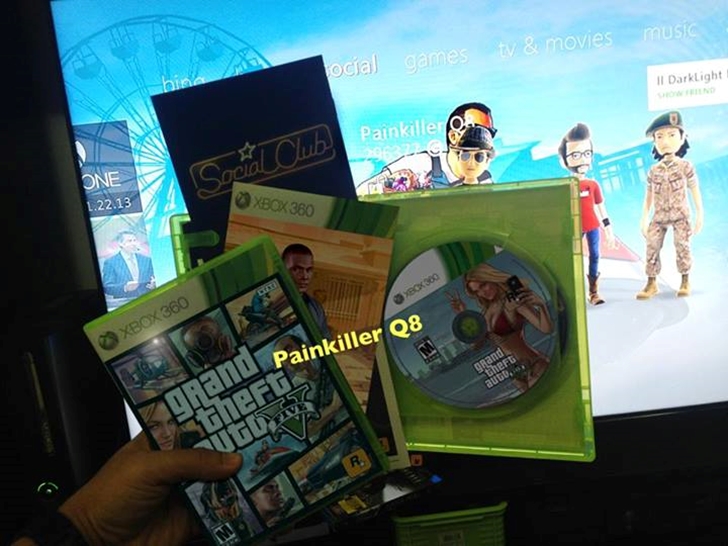 A legitimate copy of Grand Theft Auto V has surfaced in the Middle East today. A picture from Xbox 360 user, PainKiller Q8Â shows an official copy of the game. You can see the “M” rating from the ESRB showing that it is a region 1 NTSC copy of the game. The user, however, refuses to say what retailer is selling early copies of the game.

You can see it is the full packaged version of the game; 2 discs, the game manual and a pamphlet for the Social Club. This isn’t too surprising, however, considering some third-party side shops sell blockbuster games at least a week or two before the official launch date. Other games that have been made available pre-launch in the Middle East wereÂ Call of Duty andÂ Metal Gear Solid 4: Guns of the Patriots.

Former Editor-in-Chief Angie has a passion for gaming. She has never been able to put the controller down since first picking up an SNES controller at the age of 3. She loves researching anything gaming related and talking games amongst her friends.
You might also like
early releaseGrand Theft Auto VRockstar