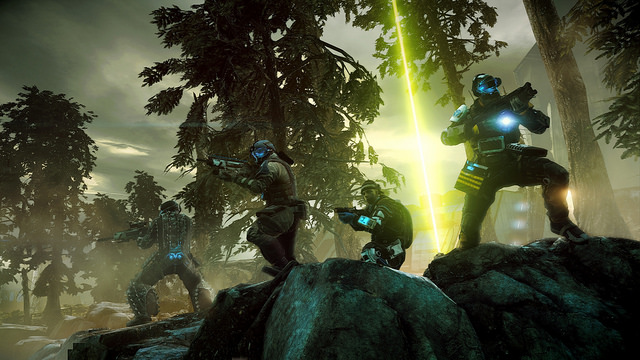 Developer Guerilla Games announced that they are releasing an expansion called Killzone Shadowfall Intercept, an expansion for Killzone Shadow Fall that will bring four player online co-op mode to the game. The expansion will be released in June, so get your friends together for some awesome carnage.

In co-op mode, you and your three friends play the role of the VSA, or the Intelligence Squad Alpha. The objective of your mission is to intercept and relay Helghast military transmission and back to VSA headquarters. Since your team is working behind enemy lines, each player is given a Combat Role – “close-quarters Assault and mid-to-long range Marksman roles to supportive Medic and Tactician roles” – to fend off the Helghast Interlopers. 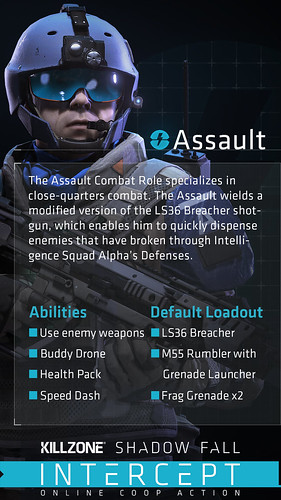 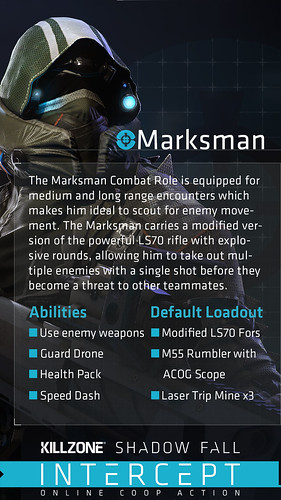 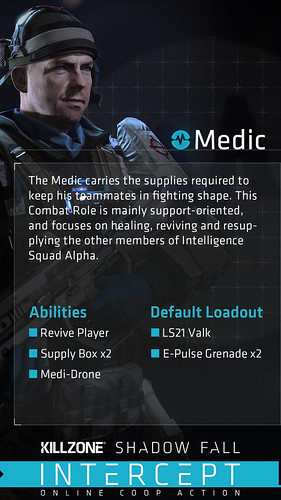 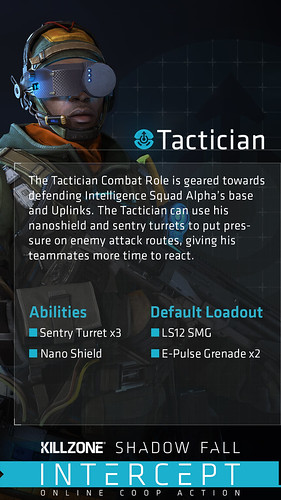 Teamwork is absolutely crucial to getting the objective completed. A Team Score tells the party how close they are to establishing a Hacking Uplink, and the score can be brought up by defending uplinks from Helghast capture. There is the option of “banking” from your Personal Score, made up of ability uses, kills, recaptures, artillery strikes, and the use of jet packs. Losing your Uplink to the enemy, or having to respawn does come with a penalty. If the Team Score is too low, no one respawns and your mission is deemed a failure.

The Helghast are operating with their own AI-Intelligence, with their own Combat Roles and tactics to bring you down. Tactics will even change, giving players a fresh challenge. The enemy can also summon Helghast champions with special abilities meant to obliterate you. (These champions are from the Shadow Fall single-player campaign).

Killzone Shadow Fall Intercept comes with four arena maps and the expansion is free to those who have a Season Pass. Guerilla Games will release a standalone version of co-op mode later this year.

Contributor Jennifer is a 22 year old whose love of games tends to keep her inside instead of outside in the Californian sun. Sheâ€™s pursuing a Bachelorâ€™s in English and loves games that tell a compelling story. With a brother that introduced her to games at a young age, and a fiance whoâ€™s majoring in video game design, Jennifer is surrounded by all things gaming. She also enjoys sushi, good thoughts, pizza, gardening, and Pathfinder.
You might also like
Killzone: Shadow Fallps4Sony