Pac-Man, Payday 2, and other News 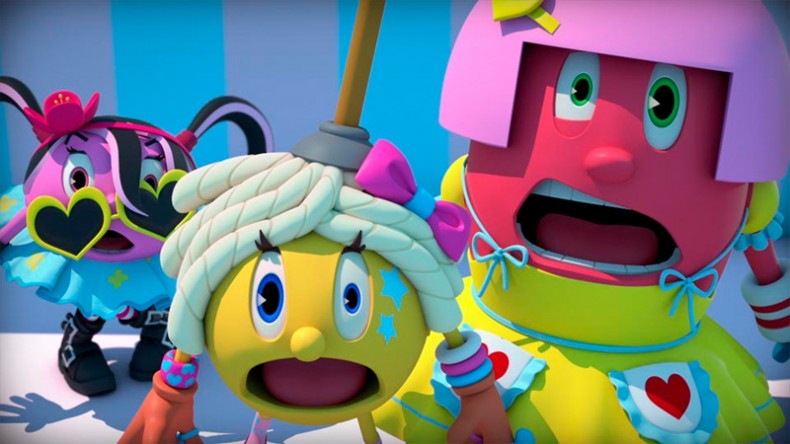 Namco Bandai has announced that the beloved and world-renowned Pac-Man will be making a return in â€œPac-Man and the Ghostly Adventuresâ€. Unlike the retro Pac-Man games weâ€™ve adored in the past, this game will be a 3D action title which will release this fall for the Xbox 360, PlayStation 3, Wii U and PC. A 2D side-scroller version will be available on Nintendoâ€™s 3DS around the same time. A Twitter conversation between Ubisoft Montpelierâ€™s Jean-Philippe Caro and a fan, suggest that the sequel to Zombi U is already in prototyping stage, however, it doesnâ€™t mean that the game is currently being developed.

The annual WWE game, this year being â€œWWE 2K14â€, will be released on October 29th. Xbox 360 and PlayStation 3 are currently the platforms listed for release. An earnings release also suggested that it may be releasing on next generation consoles too. The published earnings stated the game would be available â€œacross all major platforms and distribution channelsâ€. Take-Two will be in charge of the game after THQ disintegrated in January. There has been little information of the game since the changeover and all we know for certain is that The Rock will be featured on the cover. The anticipated sequel to Payday: The Heist, wonâ€™t be a PC/PS3 exclusive like its predecessor. Payday 2 will be available at retail stores this August for Xbox 360 and PlayStation. It will also be available on Steam, PlayStation Network and Xbox Live Arcade. Overkill, the developers of game said: â€œthere are just too many great ideas none that we were really happy to throw outâ€. This is fantastic news for fans of the original who have been patiently awaiting Payday 2 for months since the game was announced. After NVIDIA showcased their game streaming project Shield, they have left the public in the dark regarding the price tag that will be attached to the much desired Tegra-powered Shield. Pre-orders have indicated that the Shield will be available for a considerable amount of money: $349. Orders wonâ€™t go live until May 20th, yet at NVIDIAâ€™s websites you can sign up and pay right now. However, with the new Xbox and the PlayStation 4 arriving soon, gamers will have limited funds, questioning the economic success of the pricey NVIDIA Shield.

Former Staff Writer Mark is an Irish student passionate about games. He enjoys playing sports such as soccer and rugby, but loves playing video games at any time possible. Mark plays mostly on the Xbox 360, but also plays on the PC from time to time. He is a multiplayer manic and also loves to delve into deep storylines within RPGs.
You might also like
Pac-ManPayday 2ps3

Pac-Man and the Ghostly Adventures Review
7.0
7.2