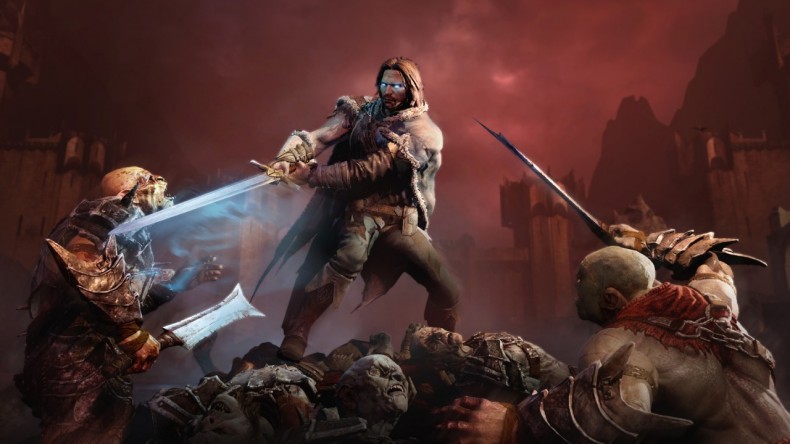 The upcoming action-adventure RPG game set between The Hobbit and Lord of the Rings franchise revealed its requirements for PC on Steam. While almost as large as TitanfallÂ on PC, with 1GB space less, it is not quite as demanding as Watch DogsÂ on machines. But we are a part of the PC Master Race, right? We can take it. 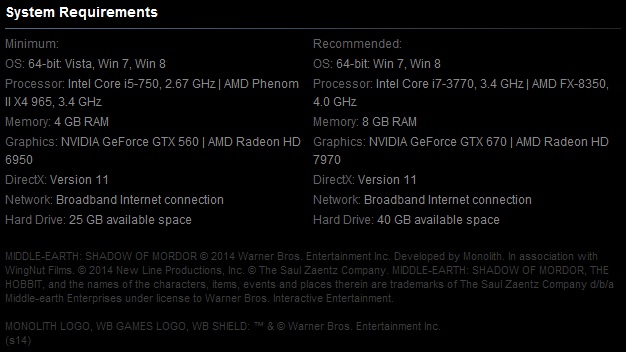 The Steam pageÂ which these requirements are listed would be a good place to watch for further updates, since a Steam price and pre-orders for the game are bound to go up soon. The game releases for PC, Xbox 360, Xbox One, Playstation 3 and Playstation 4 on October 7.

Also, check out this previous Spawnfirst article which includes more details about the game and the now settled fan war it had against Assassin’s Creed.

Senior Staff Writer Rudolf is a Journalism graduate who has an obsession with video game collectorâ€™s editions, which is matched only by his objective of moving to Canada and firmly establishing himself as a games journalist. His taste for adventure can only be satisfied by action-adventure games, sizzling steaks and dreams of gliding through the air on a snowboard.
You might also like
assassins creedMiddle-Earth: Shadow of MordorTitanfall