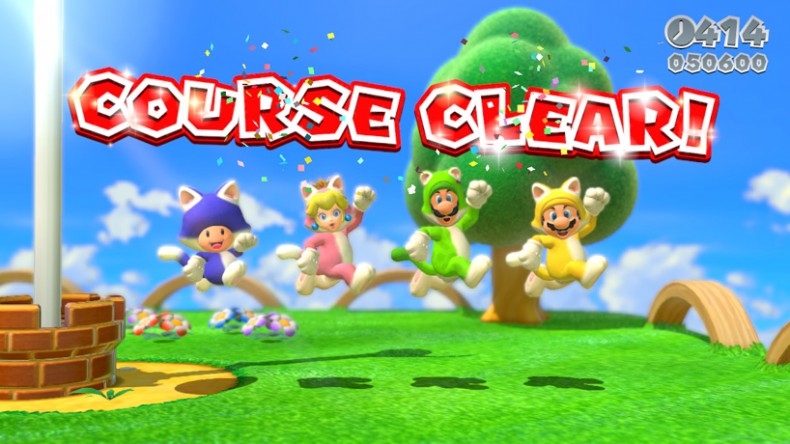 The latest commercial forÂ Super Mario 3D World, cleverly titled “Play Together”Â shows the game’s local multiplayer (with some, unfortunately impossible, added real world effects). One player controls the game with the Wii U Game Pad while the other 3 players use the Wii remote. In the commercial, blowing on the Wii U Game Pad lifts an elevator so the players can gain access to an elevated passageway. The commercial also shows the game’s power-ups that we had seen previously such as the cat suit and the cherry that multiplies the character.

Former Editor-in-Chief Angie has a passion for gaming. She has never been able to put the controller down since first picking up an SNES controller at the age of 3. She loves researching anything gaming related and talking games amongst her friends.
You might also like
commercialLocal MultiplayerSuper Mario 3D World