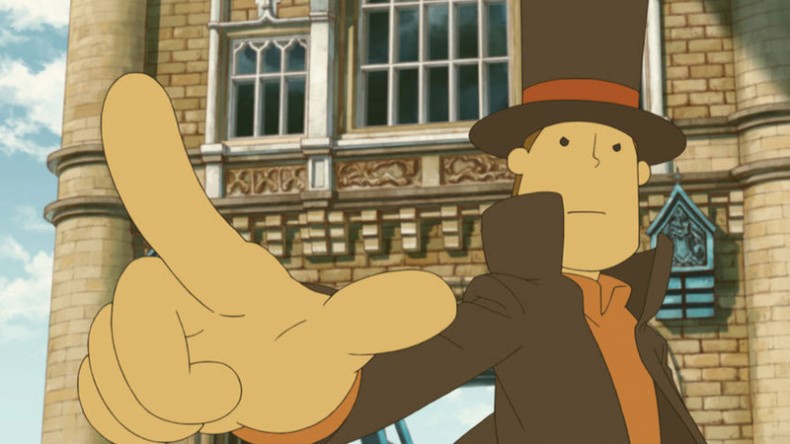 In the world of video-games PR, when a company wants to give information to the press, they usually send out what’s known as a press release. As the PR Manager for SpawnFirst, I read around 20 press releases a day, but this recent one from Nintendo peaked both my curiosity and my interest.

At first glance, this Press Release for the recently releasedÂ Professor Layton and the Azran LegacyÂ seems pretty run-of-the-mill, but after some investigation (and a few clues from Nintendo), I realized that there are actually two puzzles hidden within the text!

After asking Nintendo for permission, I’ve been given the green-light, and I’m now sharing the press release with you lovely readers! Of course, some of the information (mainly contact details) have been redacted, so you can’t all go and spam them with review copies and the like.

So, I challenge you, dear readers, to discover the secrets hidden in the press release below, and post the solutions in our comment section!

REDMOND, Wash., Feb. 27, 2014 â€“Â Puzzles can appear in the most unlikely of places. Take this press release, for example. Yes, it is announcing the upcoming launch of Professor Layton and the Azran Legacy for Nintendo 3DS in stores and on the Nintendo eShop on Feb. 28, but it also contains two puzzles that are ready for solving. Can you break the code and reveal the hidden messages?

Discovering secrets and solving mindâ€“bending puzzles is wHat Professor Layton does best. In the Professor Layton and the Azran Legacy game, Professor Layton and his faithful assistants Luke and Emmy board the airship Bostonius and journey to locations all over the world as they solve the grEatest puzzle mankind has ever faced. Their globeâ€“spanning quest to uncover the mystery surrounding the ancient Azran civilization takes them to such exotic and mysterious locations as the snowâ€“covered town of Froenborg and the lush jungles of Phong Gi.

The enteRtaining and challenging puzzles the series is known for return in Professor Layton and the Azran Legacy, only this time, these puzzles are moreÂ directly themed to the locations in which theyâ€™ve been found. One puzzle in Froenborg may ask players to identify the differences in crystalâ€“like snowflakes, for instance, while a Metroâ€“based puzzle will appear while traveling the buSy streets of London. In addition to more than 150 new puzzles in the game, Professor Layton and the Azran Legacy features a new downloadable SpotPass puzzle every day for a year for players with a wireless Internet connection, beginning on Feb. 28.

â€œProfessor Layton and the Azran Legacy is a must-have for longtime fans of the series who are excited to complete this latest trilogy of games. It is also a great starting point for first-time gamers looking to challenge themselves to the gameâ€™s wide variety of puzzles,â€ said Scott Moffitt, Nintendo of Americaâ€™s executive vice president of Sales & Marketing. â€œThe game is one of the many full, robust experiences that can only be found on the Nintendo 3DS family of systems.â€

In Professor Layton and the Azran Legacy, players progress the twisting story by completing puzzles that include riddles, brainteasers and sHort, highâ€“spirited action sequences. In addition to encountering the gameâ€™s numerous puzzles during the main story, other puzzles can be discovered by exploring the environment or speaking with certain characters. Professor Layton and the Azran Legacy is full of memorable new characters, as well as familiar favorites who make surprising returns.

As they explore the detailEd environments, players can find certain items on the screen like a pair of skis or a golden apple. There are 100 items in total scattered throughout the gameâ€™s world, and players can assign any three of these items as a challenge. These challenges are then sent via StreetPass to other players who are playing Professor Layton and the Azran Legacy and who have the StreetPass feature enabled. Once players who have accepted a challenge locate all of the items in the scavenger hunt, they will get reward points which can be traded for excLusive inâ€“game items.

Former PR Director James was introduced to the world in a city known for its ultra-violence and â€œOzzy Osbourne accentsâ€. Rather than facing the perils of the outside world, James quickly took to Video Games and Alcohol (not necessarily in that order). Nowadays you can find him at the Staffordshire University Studentâ€™s Union Bar, drinking whiskey and muttering about how he studies Computer Science.
You might also like
ARGNintendoProfessor Layton