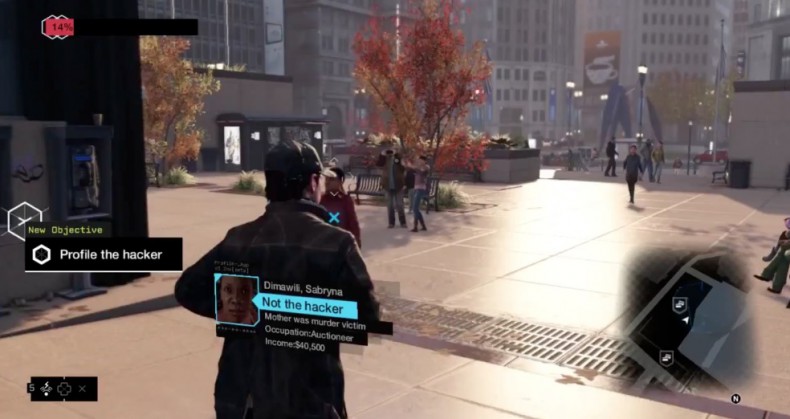 Over and over through gameplay trailers and hands-on experiences at events, Watch Dogs has made a name for itself not only on the ground of crisp visuals, but attention to detail. The hacker hero of the game, Aiden Pearce, will sometimes sift through civilian devices only to drop in on random conversations, where one person will, say, express his annoyance at his mobile phone auto-correcting a word in a message, and so on.

In other instances, a storm will whip up in Chicago, the battleground of the oncoming cyber warfare, and as players walks around in the downpour, dynamic light reflections on the glossy streets and Aiden’s jacket flutters crisply in the wind as he runs. And for those who thought they could only get to experience Watch Dogs in its full splendour on some high-end gaming PC’s, you’re in luck, because the game will run at a full 60 frames per second on the PlayStation 4. In a way, the ‘next-gen’ consoles can be seen as the high-end rigs for gamers on a budget, eh?

Spotted by NeoGAF on PlayStation.com, Sony promised “The True Watch_Dogs Experience. Only on PlayStation 4.” While there’s been no official word from Ubisoft about the game’s maximum resolutions and frame rate, the description reads  “Hack everything as you make your way through Chicago’s underground as you experience Watch_Dogs in a way that only PS4 can provide, at 60 Frames Per Second in 1080p.”

Watch Dogs releases during the fourth week of this month worldwide.

Senior Staff Writer Rudolf is a Journalism graduate who has an obsession with video game collectorâ€™s editions, which is matched only by his objective of moving to Canada and firmly establishing himself as a games journalist. His taste for adventure can only be satisfied by action-adventure games, sizzling steaks and dreams of gliding through the air on a snowboard.
You might also like
60 fpsNext-GenPlayStation 4