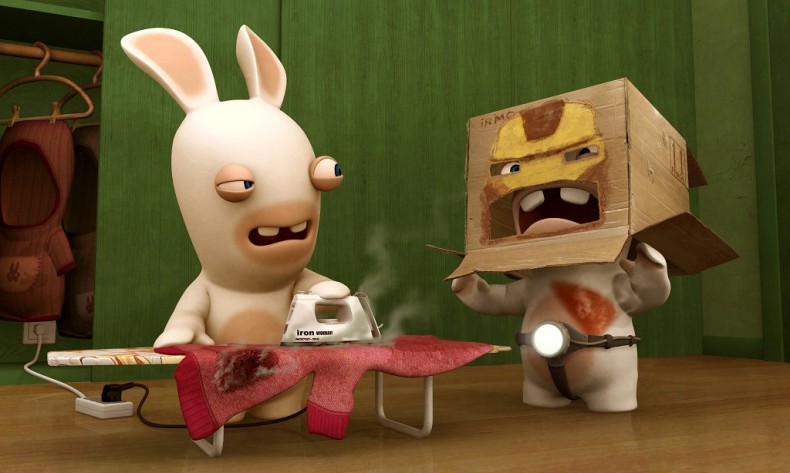 After generally positive reactions to the notion of some of Ubisoft’s biggest franchises appearing on the silver screen, it appears that Ubisoft Motion Pictures has been hard at work to bring feature-length films based off some of their other franchises.

Now, after a number of semi-successful videogames, enough merchandise to sink the UK, and even a TV show, Ubisoft has announced that the Rabbids will be making their debut in cinemas across the globe,Â courtesyÂ of a production deal with Sony Pictures Entertainment.Â

“Sony Pictures has tremendous experience developing hybrid live-action-and-animated blockbusters for audiences around the world,” writes Jean-Julien Baronnet, executive director of Ubisoft Motion Pictures. “It makes them a natural fit for what we want to achieve with a Rabbids film.”

So there you have it folks. A full length feature film about anthropomorphic, schizophrenic rabbits will be joining the likes of Assassin’s Creed, Watch Dogs and Splinter Cell in theaters across the word.

Former PR Director James was introduced to the world in a city known for its ultra-violence and â€œOzzy Osbourne accentsâ€. Rather than facing the perils of the outside world, James quickly took to Video Games and Alcohol (not necessarily in that order). Nowadays you can find him at the Staffordshire University Studentâ€™s Union Bar, drinking whiskey and muttering about how he studies Computer Science.
You might also like
movieRaymanSony