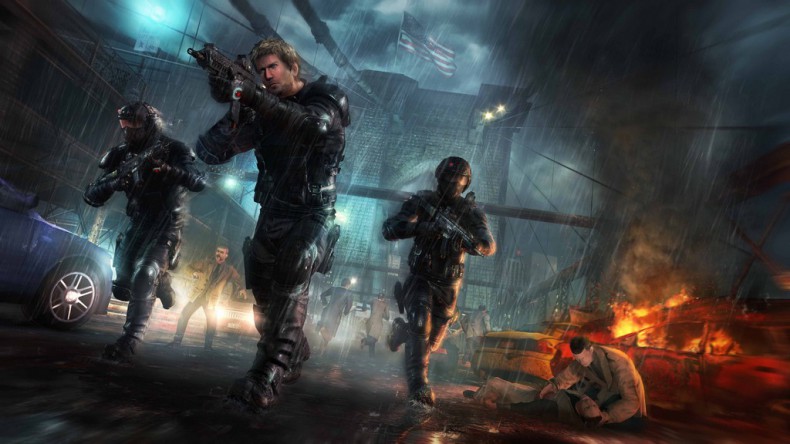 After six long, tumultuous years, Rainbow Six has finally returned. The title for the new game is Rainbow Six: Siege, which seems to indicate that Rainbow Six: Patriots  is no more.

Coming at the end of the Ubisoft press conference, Siege  showed off a portion of its multiplayer gameplay. The demo showed a 5v5 breach and clear mission where five players were trying to enter a house and rescue a hostage, while the other five players were trying to fortify the house and prevent the other team from rescuing said hostage. The gameplay was prefaced with text saying that the game was in pre-alpha mode. Clearly, we are still a ways off from seeing Siege  in our homes.

The game is currently slated to release next year and is being developed by Ubisoft Montreal. Hopefully, we will hear more about Siege  in the near future. I for one can’t wait to get my grubby hands on the title.

Logan is currently a Communications/Journalism at IUPUI in Indianapolis. He is an avid fan of Batman and loves nothing more than sitting down to play a good RPG. He is also a firm believer that every situation in life should somehow involve pizza. One day he hopes to witness the Chicago Cubs win the World Series.
You might also like
ps4Rainbow Six: SiegeUbisoft