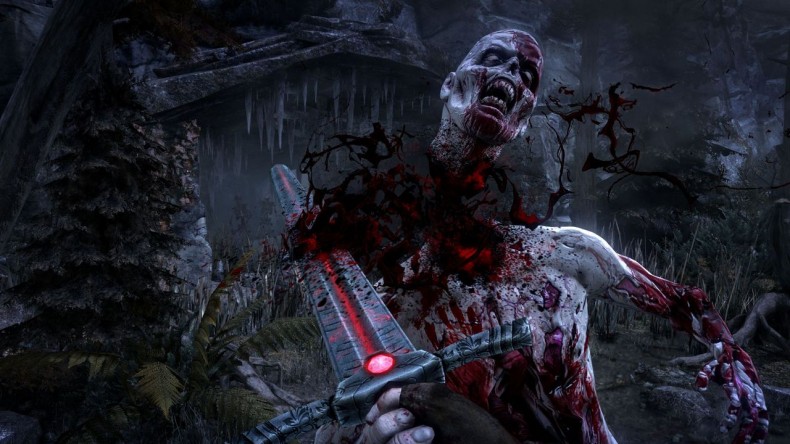 Hellraid, developed by Techland, is aÂ game that offers a single-player, story-driven campaign of hack and slash action and unique, competitive cooperation multiplayer that pits four players against the armies of hell â€“ and each other â€“ in a battle for points, rewards and fame.

Players can choose to play through the game as one of four classes. The Paladin, who utilizes healing and protective magic, the Mage who utilizes elemental magic, the Rogue who has precision with the crossbow being the archer of the group, and the Barbarian who cuts the enemies down to size using swords and axes.

The game boasts high replayability with system-generated online challenges, loot and enemy spawn points to assure that the player’s experience doesn’t go stale for hours of fun. “Coopetition” (cooperative competition) amongst all players brings a flair to playing with friends. Players earn points for each kill, assist, completed quest, and challenge. The game has different options to killing enemies aside from using the character’s ability; the game has “deadly mixtures” which the character can pick up and hold in their inventory as long as they want, then pull it out and throw it at an enemy to kill them. These are bottles and objects explode on contact. The deadly mixtures can set enemies on fire, poison them, freeze them, or have the enemy struck with lighting. They also have one that is more of a nonlethal approach which is a smoke bomb to allow the player to escape in case things might get a little hectic.

No word on a release date yet, but the game is slated for a 2013 release on PC, PlayStation 3, and Xbox 360. Want a little more? View the E3 trailer below.

Former Editor-in-Chief Angie has a passion for gaming. She has never been able to put the controller down since first picking up an SNES controller at the age of 3. She loves researching anything gaming related and talking games amongst her friends.
You might also like
Techland