Rayman Legends Wii U Outselling other Versions in the U.K. 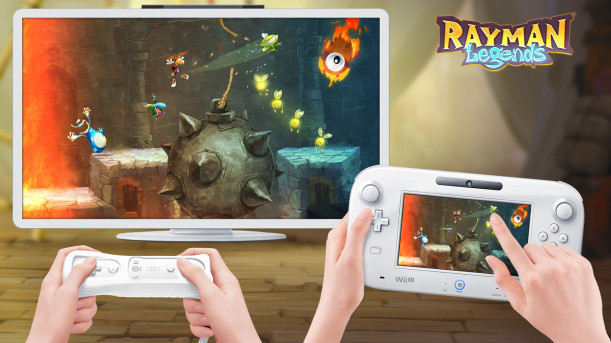 If this is any indication of the future it looks like Nintendo is going to be a Cinderalla story.Â  With poor sales, poor publicity, and just about everyone writing articles titled â€œThe End of the Wii U,â€ itâ€™s hard to believe that Rayman Legends is selling more copies on the Wii U than any other platform, in the U.K

According to reports from ChartTrack, the Wii U version of Rayman Legends accounts for 45 percent of retail sales.Â  Following closely behind was Xbox 360 accounting for somewhere between 30-35 percent and PS3 claiming in the vicinity of 20-24 percent.Â  The Wii U version is selling almost as many as the other two combined!Â  This is shocking to hear since Wii U is having a hard time getting into living rooms.Â  With so many more Xboxes and PlayStations in homes you would think the numbers would be different.

The Ubisoft platformer offers some exclusive features to the Wii U version, built around the Wii U GamePad.Â  The game was originally intended to be an exclusive for Nintendoâ€™s Wii U, but amidst poor sales Ubisoft announced that the game was going to be released on all platforms and delayed the release date to accommodate for the change.

News, Wii U
Rayman LegendsUbisoftWii U

Versus Mode Co-Host/Creative Co-Director Chris is ridiculous. True story: instead of paying rent one month he bought a Nintendo 3DS. Being a fan of all gaming platforms is tough on his wallet, but he's a gamer on a budget. He plays his PS Vita or 3DS while on the train to/from work and his Xbox 360 or Wii U when at home. He won his university's Video Game Olympics competition back in April of 2012 and mentions it whenever he can in conversation. His other interests include comedy, surviving Chicago, and hangin' out with his pup, Theta.
You might also like
Rayman LegendsUbisoftWii U