RUMOR: Far Cry 4 To Be Revealed at E3 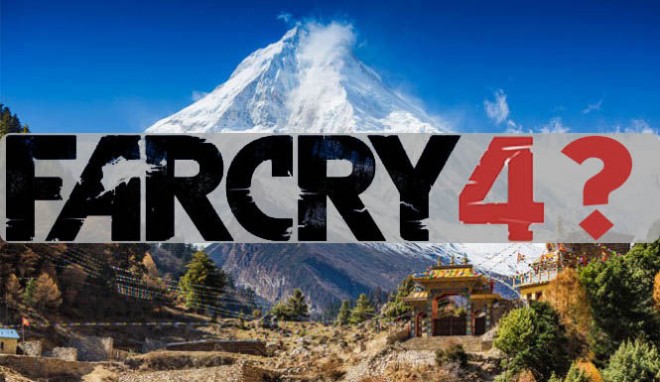 It’s been nearly a year since Ubisoft Senior Vice President of Marketing and Sales Tony Key said we would be getting Far Cry 4Â news soon and it is long over due for that news.

Far Cry 3Â is by far on my top 5 favorite games list as it mixes all the popular elements and makes an excellent game. Most people, including myself, have called this game “Skyrim With Guns”Â and that is certainly true. I would call it a healthy mix of Call of Duty, Skyrim, and Assassins Creed as it brings levels of stealth, crafting, character development, shooting, and a gorgeous open world map to explore.

The confirmed Far Cry 4 should be no different, while being set in the Himalayas, we will be able to explore a whole new terrain in the snowy mountains with beautiful next-gen graphics and even rideable elephants. There has been talks of monsters in the game which makes me think that we will see Yetis, that we could kill and skin for crafting. Ubisoft knows E3 is right around the corner and they are preparing to bring the big guns. With 2 confirmed Assassins Creed titles in the works and Fary Cry 4Â in development Ubisoft has a lot to share. Far Cry 3 has been released for 2 years now, giving Ubisoft those 2 years for development of the new title. They should be far enough in the process to be able to supply gameplay and possible a release date at E3.

This screenshot of the upcoming title shows Vaas going insane inside of a room. Is he in the new title? Is he a playable or main character, or is he going to carry over as the villain? Did Vaas ever tell you the definition of Insanity? Well I can tell you. The definition of insanity is waiting for Far Cry 4 to be released. I cannot wait for this new title but I will be eagerly awaiting to see what Ubisoft has in store this year at E3 2014.

Let us know in the comments below what you think Ubisoft will pull out of their hat this year. For more news stay tuned on SpawnFirst.

Avid hockey fan & lover of the Chicago Blackhawks. Most of my time, when I am not trying to figure out who Tyler Perry is, I am gaming, working, learning, watching hockey, or spending the day with loved ones. I believe in greatness from small beginnings. PSN: http://psnprofiles.com/darlingharbour
You might also like
E3Far Cry 4reveal