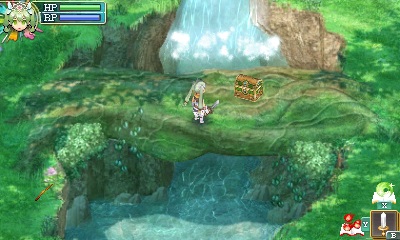 The release of the well-received 3DS RPG, Rune Factory 4, has been cancelled in Europe, according to the game’s publisher, MarvelousAQL. This news comes after the bankruptcy and closing of the game’s developer, Neverland Co., though MAQL never directly say this is the reason for the cancellation.

“We regret to inform you that the European release of Rune Factory 4 for Nintendo 3DS has been cancelled.Â While MarvelousAQL has made every effort to secure the title’s release for this territory, it is, unfortunately, not possible to do so at this time.Â MAQL and MAQL Europe would like to thank everyone for their support and enthusiasm for their European releases. Please look forward to announcements on new MAQL titles over the coming months.”

Unfortunate news for European gamers, especially since the 3DS’ region-locking means the title can’t be imported from the states. MAQL saying “…not possible…at this time.” could mean a future release in the territory, though I encourage our Fantasy Harvest Moon lover’s overseas to not hold their breath.

Rune Factory 5 had apparently been greenlit after the positive reception of the fourth iteration, according to the series’ producerÂ Yoshifumi Hashimoto. However, after Neverland Co’s closing, the future of the series remains unclear.

Senior Staff Writer Colton Steury is a musician, writer, and fervent gamer who enjoys most any games, but is especially fond of RPGs, platformers, third-person shooters, and indie games. When he's not writing articles, composing songs, or gaming, you could probably find him eating potato chips and petting a cat. Generally, he is willing to accept potato chips/cats as currency.
You might also like
cancellation

Has the Wii U Version of Watch Dogs Been Cancelled? – UPDATE