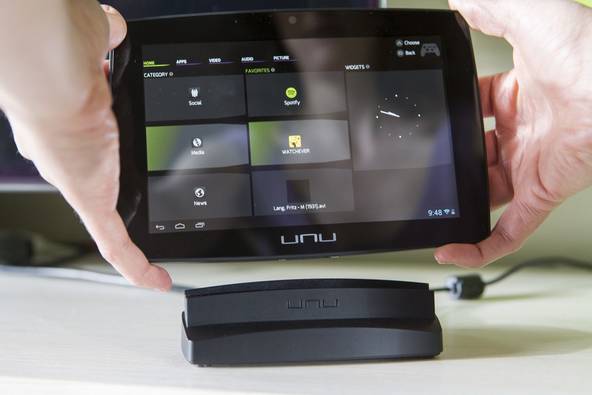 Gaming has taken a lot of new and exciting turns since its original incarnations. We have games rendered in 3D, huge Multiplayer RPGs and games, from boot up through gameplay that donâ€™t require controllers. In light of all this CES enters, the tech event of the year, and we see a promising direction for gaming. The Snakebyte Vyper is a middle of the road android tablet geared towards gaming, and even though it doesnâ€™t pack the most awe inspiring specs, itâ€™s an interesting idea.

If youâ€™ve been an avid android gamer this device may be just for you, especially if youâ€™ve been looking to break into the tablet market. The tablet sports a 7-inch screen, runs on Android 4.2 and with its 1.6 GHz quad-core processor could handle a good amount of mobile gaming. It comes with a docking station so that it can easily be mirrored via HDMI. It also comes with an optional Bluetooth gaming controller, so that gaming with your tablet can be easier than ever. If youâ€™ve been looking for an easy way to play Angry Birds, Modern Combat or Hamlet, and an android tablet then $249 price tag may be worth it.

If youâ€™re interested in more than gaming it also comes with a 5 megapixel camera, 64 gigs of expandable storage and 1280×800 resolution. If you go with the lower 199.99 price tag you get a decently specâ€™d tablet, an AirMouse remote control and a docking station. Sounds like a great deal.

Even if this tablet doesnâ€™t warrant the price tag for you, the greater focus on mobile gaming is a positive direction for gaming in general.

Contributor John is a third year journalism major and a fifth year policy debater, but gaming is his passion. He firmly believes that the PS2 is the finest console ever made and will defend to the death that playing Pokemon is not and never was lame. He owns every current gen console and is excited for the advent of the PS4 and Xbox One. He enjoys action-adventure and survival horror, but can hold his own in a discussion about nearly any genre. He listens to a surprising amount of alternative music and can fix a mean bowl of Frosted Flakes.
You might also like
Android