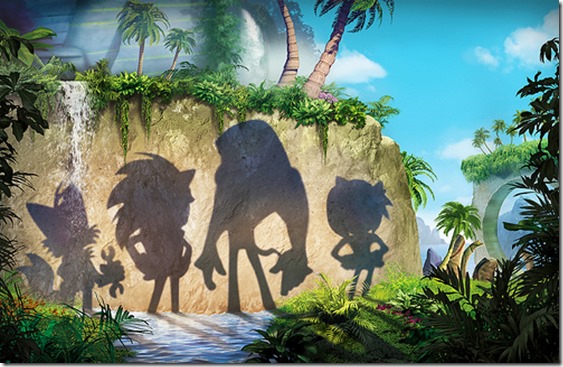 While speaking to GameSpot, Big Red Buttonâ€™s Bob Rafei revealed that the original redesigns of Sonic the Hedgehog and company for the upcoming multimedia initiative Sonic Boom did not sit well with the current Sonic Team head, Takashi Iizuka.

â€œSonic Team and Sega were very open-minded about our approach, and accepting of a lot of things we were doing,” he said.
“Ultimately, because of some of our really wacky ideas, we did find the boundaries of things we could and couldnâ€™t do.

â€œWe experimented with different colours and surface features on the characters, such as fur or scales, and quickly Sonic Team came back with their discomfort of that. They were great guardrails for us to understand when we were deviating too far from the character. Without their input, the character would have been a lot more alien and different from what Sonic is known for.

â€œI felt sorry for the guy,” said Rafei, referencing Iizuka’s reaction to the initial designs.
“Sometimes he couldnâ€™t actually look at the screen â€“ it was too traumatic seeing all the crazy stuff we wanted to do.

â€œOver the course of that meeting, when we were coming up with new ideas, we had a very sincere conversation about why a character should or should not wear pants, and that was a very surreal moment in my life and my career, but it helped us understand the rules of clothing in this universe. Any small adjustment went a very long way, so we had to be very careful.”

Sonic Boom was announced earlier this year as a spin off series within the Sonic the Hedgehog franchise that will span games, toys, and an animated series, all of which are slated to launch later this year.

Senior Staff Writer Kenneth Shepard is a freelance video game journalist, the first human Spectre and an avid Coca-Cola enthusiast. When he's not sharing his opinion on the internet or saving the galaxy from certain death he enjoys sobbing hysterically over the lives of fictional characters . A student at the University of North Georgia, Kenneth currently writes about games for the University's newspaper.
You might also like
SEGAsonic boom

Sonic the Hedgehog Debuting on Xbox One and PlayStation 4 in 2015?