Sony’s Back to 2013 Sale Discounts Ni No Kuni, Dragon’s Crown, and More 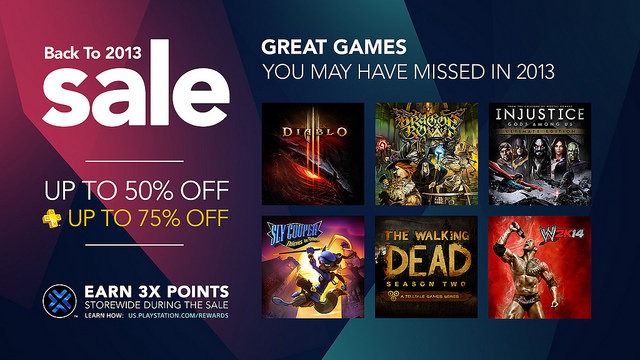 If you missed out on some of the better games released in 2013, Sony’s giving you a second chance with this amazing sale on PSN. Crazy discounts include Ni No Kuni for 6.99, Tales of Xillia for 14.99, The Walking Dead: Season 2 – Season Pass for 10.49 and many, many more. The sale will be going from today, February 24th, through March 3rd, so get on these great steals while you can.

I’ve been eyeing Persona 2 for a while now, so I’ll definitely be getting that. It’s also as tempting as ever to double dip on Spelunky, and Dragon’s Crown…Good lord, Sony! I need money for the stupid amount of games coming out next month! Don’t sap me dry now!
Deals, News, PS Vita, PS3, PS4
Dealsdiscountsps3ps4PSN salePSVita

Senior Staff Writer Colton Steury is a musician, writer, and fervent gamer who enjoys most any games, but is especially fond of RPGs, platformers, third-person shooters, and indie games. When he's not writing articles, composing songs, or gaming, you could probably find him eating potato chips and petting a cat. Generally, he is willing to accept potato chips/cats as currency.
You might also like
Dealsdiscountsps3