Sorcery Saga: Curse Of The Great Curry God’s Limited Edition Is Rather Interesting 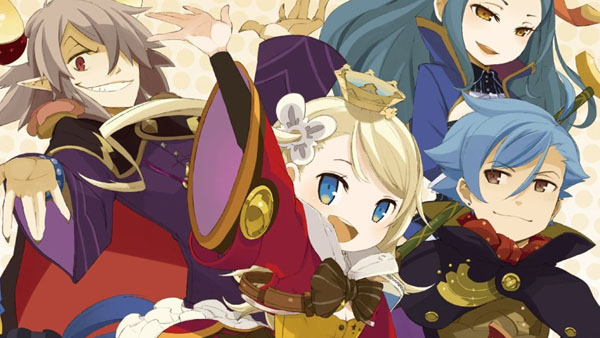 The “Hot and Spicy, Everything Nicey Limited Edition” of this game comes with kitchenware that can actually be used. It comes with the following:

A Cute â€œKuu-rryâ€ Plate
Straight from the first tower comes Kuu, the always hungry little critter with an attitude! Â Not only is it â€œKuu-shapedâ€ to perfection, but it also features the ever-present companion emblazoned on the surface of the plate!

An Awesome â€œKuu-rryâ€ Spoon
Canâ€™t get enough of Kuu? Well, youâ€™re in luck because along with that awesome curry plate, the limited edition also includes a Kuu-shaped spoon! Colored a cheer-inspiring yellow with the almighty Kuu and the Sorcery Saga logo debossed on the handle!

A Bibilious Bib!
Sorcery Saga: Curse of the Great Curry GodÂ features an array of wacky, sometimes cuisine-inspired critters that run amok in the dungeons you enter. Why not create a bib out of them?! Featuring many of the monsters and trigger-happy creatures you will face in Sorcery Saga, the bib completes theSorcery SagaÂ Limited Edition Set!

Sorcery Saga: Curse Of The Great Curry God, a “rogue-like dungeon crawler RPG” for the PlayStation Vita, is being developed by Idea Factory. This game is about a young girl named Pupuru who attends a school of magic. She aces her final exam and earns the right to fight her way up the school’s Magic Tower to acquire the magic orb hidden within the tower. However, instead of coming across the magic orb she sought, she stumbled upon something else; she comes across a strange creature named Kuu who is extremely gluttonous.

Pupuru is suspended from school and banned from attending her graduation after a series of misunderstandings. With nothing else to do, she is drawn into a dispute between a curry restaurant run by her friend and the “big, bad curry chain that just entered town.” In her attempts to save her friend’s curry restaurant named “Smile Curry,” she encounters a young girl named Puni who has an interesting power; she has the ability to “read the curry auras of those chosen by the Great Curry God.” Pupuru and Kuu embark on the quest for the ingredients to create the “Legendary Magic Curry” to save Smile Curry.

Players will be immersed in a world where they enter dungeons, collect items, and hunt for the ingredients to make the Legendary Magic Curry. However, when the player falls in a dungeon, all items found and levels gained will be lost. Players also have the option to create stat-boosting curry at any point in the dungeon granted you have the recipe and ingredients required.

The game is slated for release Winter 2013.

Former Editor-in-Chief Angie has a passion for gaming. She has never been able to put the controller down since first picking up an SNES controller at the age of 3. She loves researching anything gaming related and talking games amongst her friends.
You might also like
limited editionRPGSorcery Saga: Curse Of The Great Curry God