Last year was known as the “Wallet Apocalypse” after E3 to gamers for multiple reasons. Accompanying the multiple Steam sales was a plethora of big title releases like Assassin’s Creed IV: Black Flag, Call of Duty: Ghosts, PokÃ©mon X/Y and Starcraft II: Heart of the Swarm, among others. Not to mention the two major next-gen consoles brought Xbox and PlayStation fans flocking to the stores.

Then came the slow start of releases in the first quarter of this year. But the time is passing, and we’re inching closer to highly anticipated new releases like Titanfall, and sequels/expansions like Dark Souls II and Reaper of Souls for Diablo III.

With this year’s E3 only a few months away, there are leaks that have already been spilled on the Internet, and more are bound to be on the way. Let’s take a look at games and details about them that have already been leaked so far. It should be noted, however, that some of the leaks are not confirmed to be the official titles of the upcoming games.

For those who haven’t heard the news, what was hoped to be set in Feudal Japan (or Samurai-era Japan, if you will) as the fifth main installment of the franchise, is no longer the case. Instead, multiple indictors lean towards a strong possibility of it being set in Russia. Another rumour was that it would be set during the last few years of the Industrial Revolution in England. For further details, feel free to read a previous article on the matter.

A few days ago, a press fact sheet was sent to VG247 which revealed an announcement for a sequel to Dishonored II that dons the mask on a new character and is set in a different place. This is bound to be more than just a simple rumour, as VG247 confirmed in an update that the sheet is legitimate.

*Not the official teaser photo

Â In another article by VG247, a rumor based off comments from the site’s insider on Twitter has set the scene for what appears to be the Himalayas for the next Far Cry. So be prepared to buff that physique to fight some yetis, and don’t scream. A cry too far, and an avalanche could start. 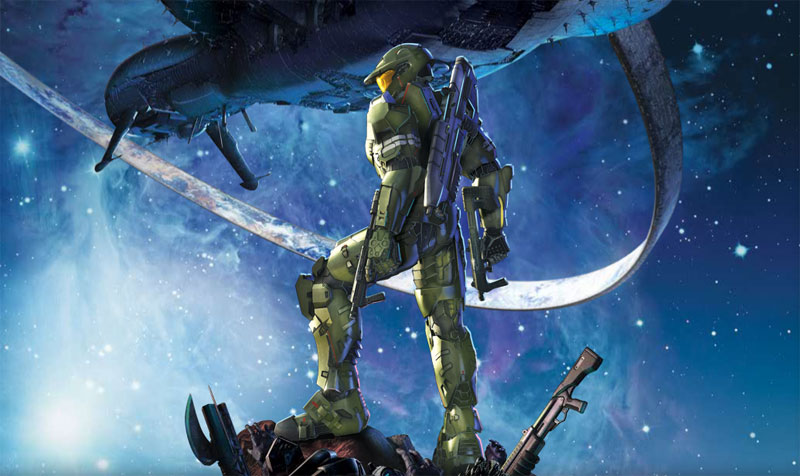 The ending of Halo 4 still has some fans reeling from shock – nope, no more on that subject – but 343 Industries have proven themselves capable enough to carry on the legacy that Bungie has built with the franchise, considered by many to be the progenitor of sci-fi FPS games. At last year’s E3, a trailer was shown, labeled Halo 5. However, while it’s been confirmed by Microsoft that there will be news about Halo, they said nothing about the next game in particular. Steven Spielberg has displayed an interest in directing a live-action television show about Halo, so it could be that, the next game, or anything else related. Who knows?

Frictional Games, the team behind the terrifying experience that is Amnesia: The Dark Descent, has been developing a sci-fi survival horror game for the past three years. While trailers have systematically been released over a long space of time, an official announcement is still pending. If you by any chance missed those trailers, check out a previous article on the site where we discuss the three trailers and all the screenshots released thus far. What radiates from each trailer is a tense psychological atmosphere. When looking at the gameplay trailer, it really does kind of feel like Amnesia and Dead Space mashed together, doesn’t it? While news of SOMA has been sparse, the release of a trailer showcasing gameplay on the PS4 is a strong hint of an announcement trailer that will give the crowd goose bumps at E3.

That’s it for some of the most anticipated titles almost entirely sure to have an announcement or two coming at E3. Updates are sure to follow, and make its way here.
News, Other News
AnnouncementsE3 2014leaks

Senior Staff Writer Rudolf is a Journalism graduate who has an obsession with video game collectorâ€™s editions, which is matched only by his objective of moving to Canada and firmly establishing himself as a games journalist. His taste for adventure can only be satisfied by action-adventure games, sizzling steaks and dreams of gliding through the air on a snowboard.
You might also like
AnnouncementsE3 2014leaks