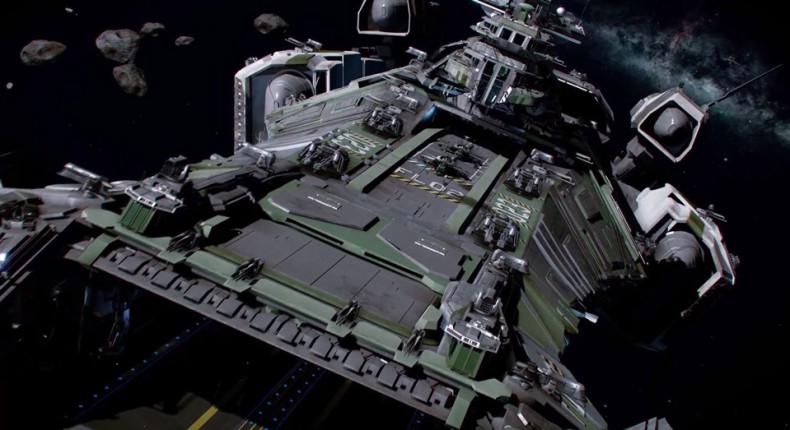 The space combat simulator that’s been running since 2012 on crowd funding and a kickstarter campaign has just become a bigger blimp on the radar, because the new producer at the helm of Cloud Imperium Games’ is none other than Alex Mayberry, a decade long veteran who worked at Blizzard Entertainment.

Mayberry said that “After 10 years at Blizzard, I didn’t think that there was anything that could ever get me to leave. But then Chris [Roberts] invited me to come check out Star Citizen, and after seeing the game and listening to Chris talk about his vision, I knew that I had to be a part of it. Star Citizen is bold and ambitious, with a unique and innovative approach to game development.  I am extremely excited to be joining the talented people at Cloud Imperium Games, and I strongly believe that together, with Chris Roberts’ direction and the support of the player community, we will set a new standard for AAA games.”

While at Blizzard, Mayberry has worked on titles such as Diablo III: Reaper of Souls and several World of Warcraft expansions. It was also announced during last month by developers that the game has surpassed $43 million in community funding already, and continues to increase because of the generosity of gamers who believe in the vision Roberts has for the game.

Check out some recent footage of the game that was showcased at this year’s PAX East in the video below.

Senior Staff Writer Rudolf is a Journalism graduate who has an obsession with video game collectorâ€™s editions, which is matched only by his objective of moving to Canada and firmly establishing himself as a games journalist. His taste for adventure can only be satisfied by action-adventure games, sizzling steaks and dreams of gliding through the air on a snowboard.
You might also like
BlizzardDiablo III: Reaper of Soulsstar citizen