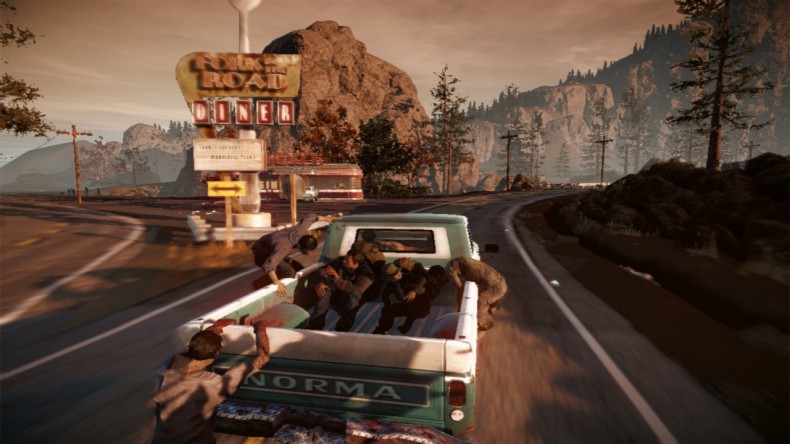 Undead Labs, the studio behind the ambitious, zombie-survival, open world Xbox Live and Steam title State of Decay, announced today on their blog that they have signed into a “multi-year, multi-title agreement” extending their relationship with Microsoft. The initial partnership proved to be quite successful when State of Decay wasÂ released on the Xbox Live Marketplace on June 5 of last year(then Steam a few months later), to generally good reviews. The game, a harrowing, and intense survival experience, has incited no small amount of praise for it’s quality despite it’s low price.

While the founder Jeff Strain wouldn’t go into much detail, there was mention of “big things” going on possibly referring to additional content planned for State of Decay, maybe a next-gen release, or perhaps their current project, codenamed Class4, a console MMO meant to be a follow-up to State of Decay that is looking to be an Xbox One exclusive. Given that this is a multi-title agreement, it’s safe to say that it won’t be the only one we’ll see from them in the near future.

Staff Writer Andrew is a former professional performer, failed linguist, college dropout, and veteran of the US military. He lives with his beautiful wife, and their dog, Guinness, in an apartment by the sea. Andrew's favorites include RPGs, The Legend of Zelda games, and criticizing Nintendo's marketing and business practices. He also enjoys fighting for truth, justice, and the American way in his spare time.
You might also like
MicrosoftState of Decayxbox one