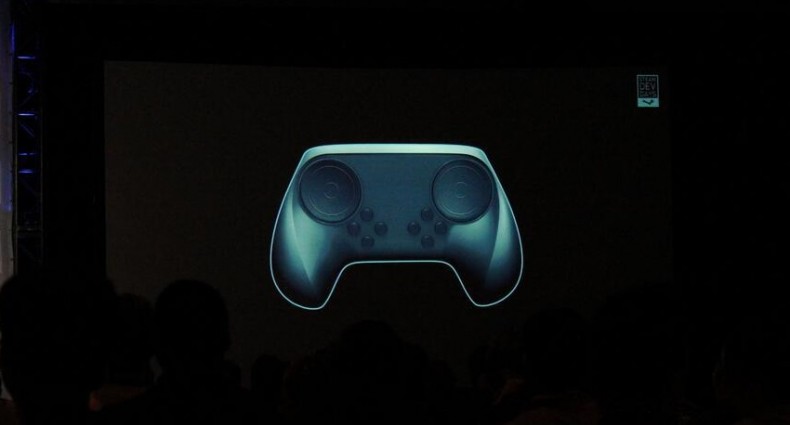 Valve has announced that their new Steam Controller now features buttons and a D-Pad instead of an exclusively touch controlled interface. The buttons and pad are oriented on the same plane horizontally, as well as sharing a diamond shape. The original two large touch surfaces remain, opening up options for a combination of touch and button controls. The layout is reminiscent of the Wii U Pro Controller.

The changes are steps toward a more universal input device, providing tactile button input for fast action games and smooth pointer controls for mouse based games. Other aspects of the controller were revealed in the blog post. AA batteries will be the default source of power, and gyroscopes are included to provide motion input. The controllerâ€™s API lets up to 16 of the devices connect simultaneously. More changes are being made to the controller based on beta feedback leading up to the final release of the product.

Contributor Geron's been into games for as long as he can remember. From fighting Octoroks to studying graphic and game design at GMU, the guy's been around the block when it comes to interactive entertainment. When he's away from a console, he's working on his next piece of art. Fun Fact: his first published artwork was in issue #144 of Nintendo Power Magazine, when he was only 10.
You might also like
BetafixGabe Newell