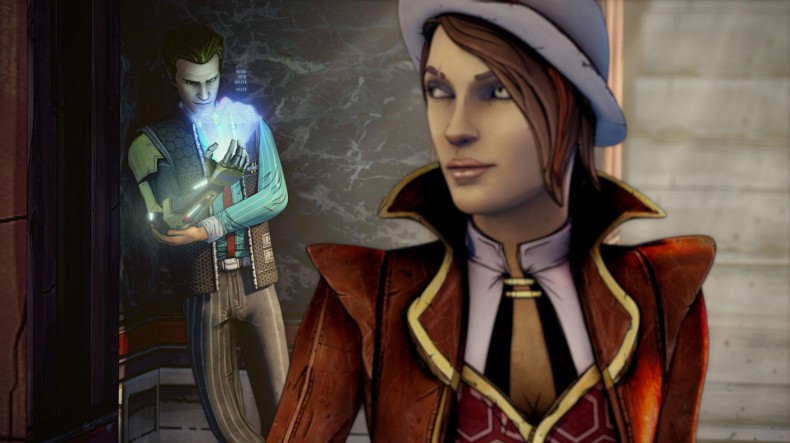 At the developer’s SXSW panel, TellTale Games has revealed details about the studios upcoming new series Tales from the Borderlands.

Where the studio is most well known for their adaptation of comics and films such as The Walking Dead and Back to the Future, the next project from TellTale, Tales from the Borderlands is an adaptation of Gearbox’s Borderlands series.

The panel included Borderlands 2 writer Anthony Burch, Franchise Director Matthew Armstrong, Telltaleâ€™s President Kevin Bruner, and designer Harrison Pink. At the panel it was confirmed that Tales from the Borderland will take place after Borderlands 2 and feature new protagonists named Fiona and Rhys, both of which were seen in the series’ initial reveal trailer seen last year at VGX.

The game’s story will be told through flashbacks and allow different events to be seen
through the perspective of both Fiona and Rhys.

At the panel it was also confirmed that characters from the previous Borderlands games will likely make appearances throughout the series and that it would still take place on the world of Pandora.

Telltale is currently working on two running series in The Wolf Among Us, based on the Fables comics, and the second season of the successful The Walking Dead adaptation.

The first episode of Tales from the Borderlands is due out later this year.

Senior Staff Writer Kenneth Shepard is a freelance video game journalist, the first human Spectre and an avid Coca-Cola enthusiast. When he's not sharing his opinion on the internet or saving the galaxy from certain death he enjoys sobbing hysterically over the lives of fictional characters . A student at the University of North Georgia, Kenneth currently writes about games for the University's newspaper.
You might also like
BorderlandsTellTale Games