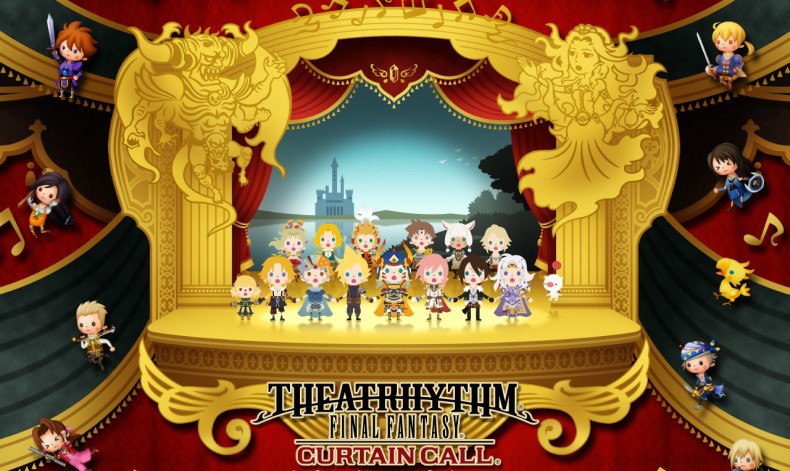 Remember the firstÂ TheatrhythmÂ Final Fantasy?Â That bizarre spin-off game that nobody expected? The same one that was better than anyone could have imagined? Well, Square Enix has announced today that its sequel will be arriving on western shores at some point this year.

For those that aren’t aware,Â TheatrhythmÂ is (as the name implies) a rhythm spin-off game in which you use various characters fromÂ Final FantasyÂ series and recreate classic soundtracks. The game also features features RPG elements to help keep it faithful to the series roots.

You control fourÂ Final FantasyÂ characters, each with their own abilities, as you progress through stages. You navigate field stages by taping and playing along with a particular field song from one of theÂ Final FantasyÂ titles. You also engage in battles in which you must play to the rhythm of the battle song in order to deal damage and defeat your enemies.

The original launched in 2012 to surprisingly strong critical reception and sales. Gamers seem to enjoy the unique blend of music and RPG gameplay.

This new entry features more than 200 songs and over 60 playable characters; these include fan favorites like Yuna of Final Fantasy X and Barrett ofÂ Final Fantasy VII.Â It will also feature multiplayer where players can go head to head in a rhythm battle. And there will be several new game modes, including a “Quest Mode” which is a mission style mode with varying difficulty levels. The fact that it isÂ Final Fantasy related makes it all the more enjoyable.

Zach is a Communication student at the University of Missouri who loves video games, puppies, and Chipotle burritos. You can find me either playing video games, watching basketball, or jamming to whatever new metal album I can get my hands on!
You might also like
Final FantasyRPGSquare Enix